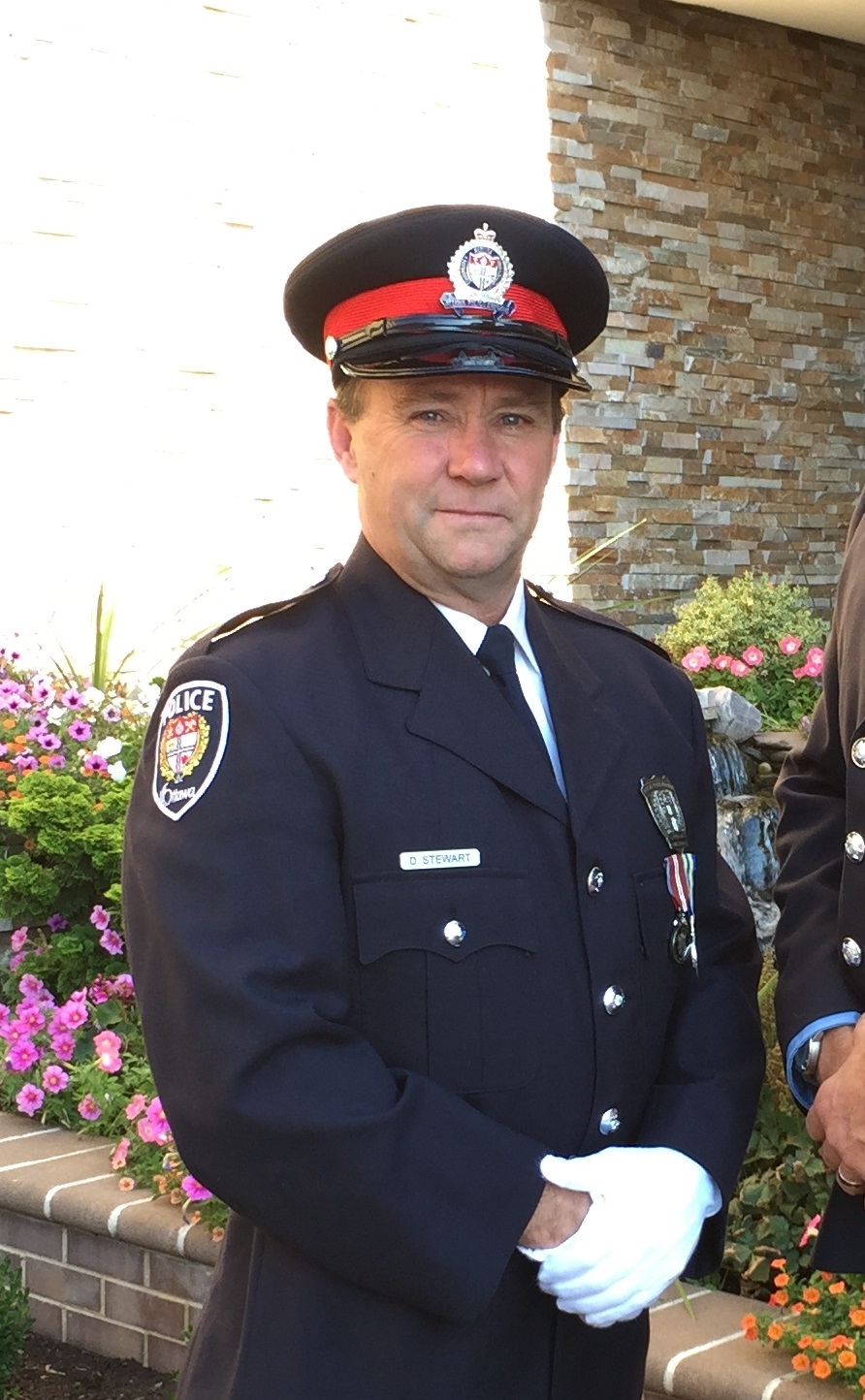 Dave Stewart changed my entire view of the police force. He is kind, compassionate and went completely out of his way to help me in a difficult time. He is close to retirement and deserves recognition for his beautiful soul. The force needs more men like this to bring back faith to our communities and youth who struggle with law enforcement. 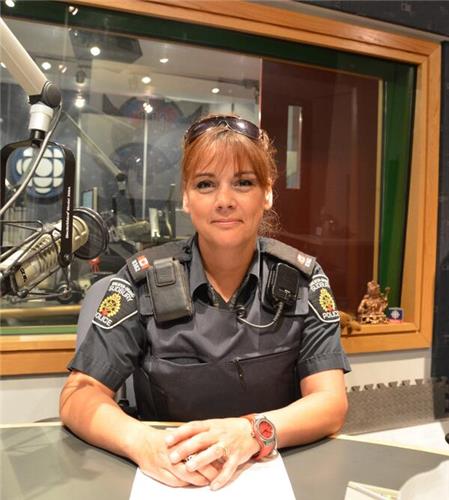 Cst. Hally Willmott has been a member of the Greater Sudbury Police Service (GSPS) for almost 20 years. She volunteered as an Auxiliary Officer prior to her employment with GSPS.

I was introduced to Cst. Willmott almost five years ago when she was transferred into the Community Mobilization Unit (CMU) as a School Resource Officer. She became an advisor on the Chief's Youth Advisory Council (CYAC), a council comprised of youth in our community, in which I was already a member. I connected with Cst. Willmott immediately; I could feel her genuineness and kind heart shine through the second I met her. At that point in my life I was shy, insecure, and had not yet found my place. Cst. Willmott would always take the time to make sure I felt at home, and slowly pulled me out of my shell.

At this time, I worked at a youth centre in the city, where Cst. Willmott attended for youth engagement and presentations. I watched her inspire youth to the point where one child asked if she could give me a letter she had written Cst. Willmott outlining how she had changed that little girl's life. Knowing the struggles that youth was facing, and seeing the impact Cst. Willmott made in the short time she was with her, was inspiring to everyone in the room that day. 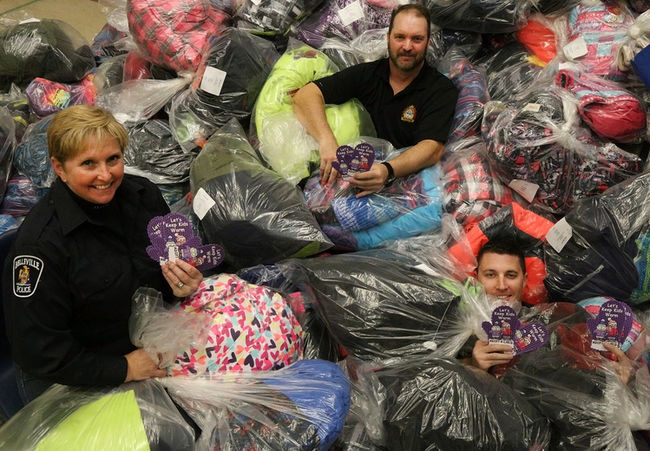 These three individuals represent each service on the Adopt-a-child/Keep Kids Warm campaign. Each year we help low income working families with winter outer wear. We provide snow suits and boots for children in our community, to ensure they have a warm winter.

These three officers not only help with the shopping, packing and distribution of the snow suits, they are there year round to help with fund raising, running of a non for profit committee, and being part of a team of volunteers.

Each of these officers take their own days off to assist in this well meaning program. Both Alana and Scott know where the need is in their areas, and will assist those families who are reluctant to apply for assistance. Ann, works to ensure we are following the guidelines for the non for profit status we have.

These individuals are part of a team, and give of their time for this worthy cause. Yes, they may have become part of this team, as it was part of their duties, but it has become so much more. Without these three officers, the Prince Edward, Stirling/Rawdon, Centre Hastings and Belleville children may have cold winters.

photo courtesy of the Intelligencer 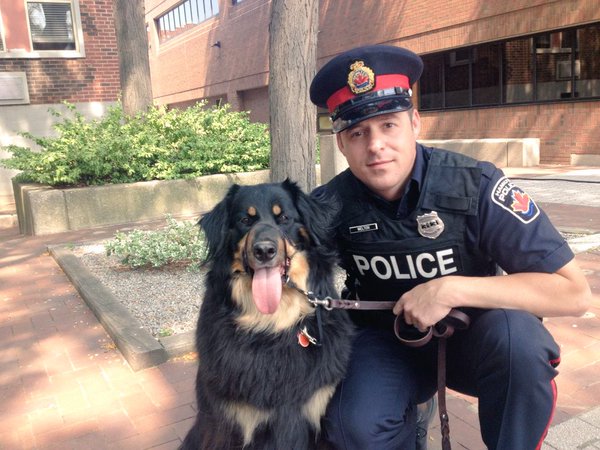 I would like to nominate Steve Welton from Hamilton Police Services for the Hero of the year award for 2017. He has been employed with the service since 2005 . I have been following Steve and all he does for his community for a few years now. I have never met a more committed and focused officer who is involved in so many community events and work related incidents as the social media officer with the service. His positive presence and commitment to building a better community and working together is simply so inspiring. He is always learning and growing and taking courses that will help to service his community in every way possible. His loyalty and love for the military also shines through. He serves and takes leaves to honour and protect our country. He is apart of the Royal Canadian Navy Reserves and completes search and rescue training. He is proud to do so and it shows. His love for kids, people and the community is so inspiring. He connects with people and actually is making a positive difference in so many people's lives around him. He personally reached out to me as a special Constable and helped and guided me when I needed it. I'm so grateful to have met him and to call him a friend. He inspires me everyday with his honesty, genuine and positive attitude and commitment to the service. He is so deserving of this award for all he does for who he is and for those he continues to inspire in a daily basis. 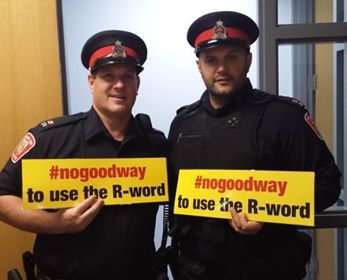 I am nominating Constable Jeff Saunders and Constable Sean Verescak of the Thunder Bay Police. Both officers have given countless hours of their time representing the department organizing many events in support of the Special Olympics.
Jeff and Sean in my opinion are great leaders being involved with events such as Polar Plunge, Mud Run, anti bullying and #respect all in the name of inclusion and in support of the Special Olympics.
Our service is grateful to have great officers like you both ! 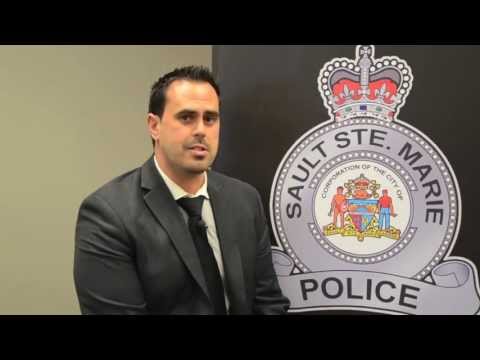 Please accept my submission to nominate Sonny Spina with the Sault Ste. Marie Police Services. As Chair as Algoma Family Services Foundation in support of Children's mental health I've had the pleasure of working with Mr. Spina who has become more than a colleague but a friend. I can proudly attest that Mr. Spina has a undeniable positive effect on those who have the pleasure of meeting him.

Mr. Spina is a prime example of what officer of the law should be. When he is not on duty, you can find him out in the community as a volunteer for numerous organizations such as Autism Algoma or participating in the Rotary Club Golf Classic. Not only is our organization (Algoma Family Services) extremely grateful to have Mr. Spina as a part of our team but other non-profit organizations as well as the community in whole have benefited and should be proud to have such an local officer who selflessly contributes so much to the community. By photos attached one can see Sonny is a good spirited and light hearted fellow who loves the company of our local youth while supporting community organizations. 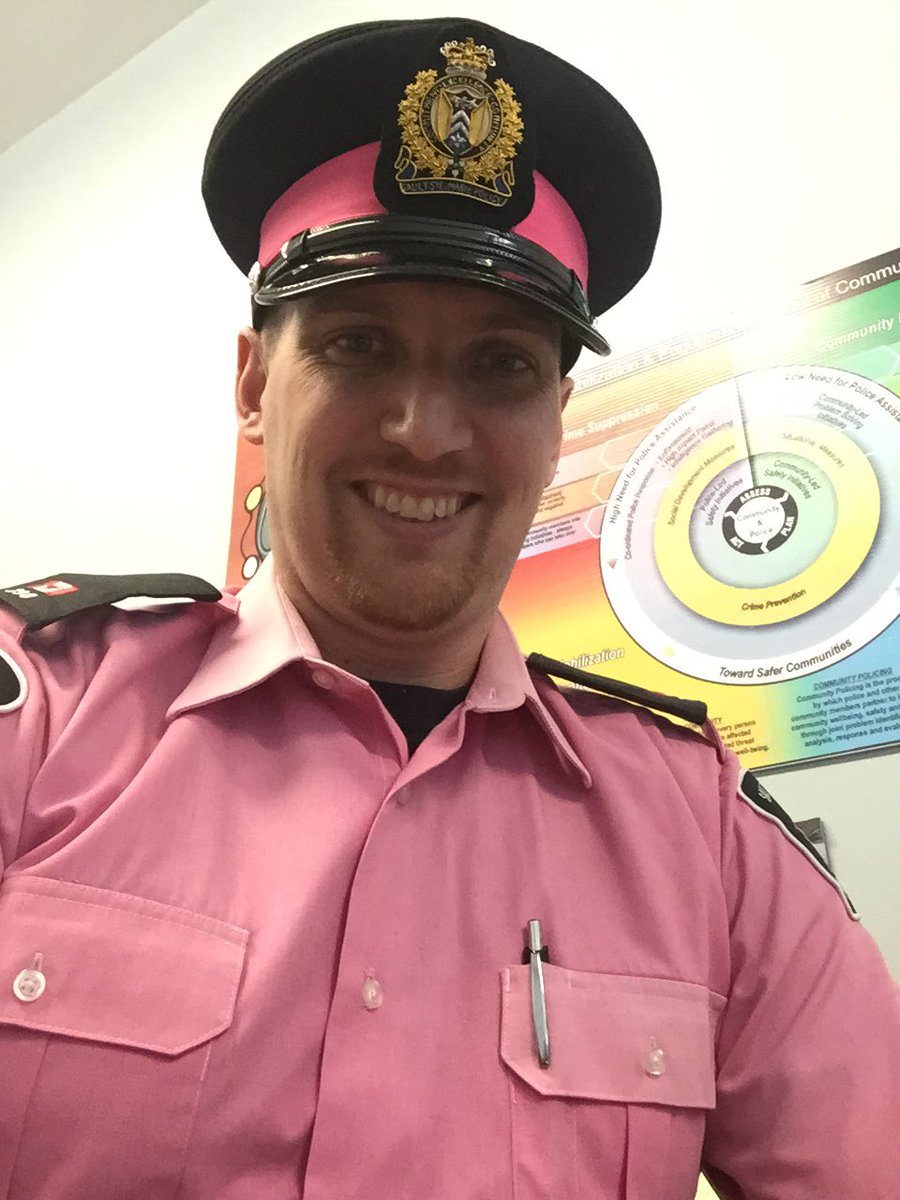 I nominate Constable Troy Miller. Troy represents all Ontario Police Services to the highest of Moral standards. His intrinsic value is shown in a professional manner, at all times. He is a father of three, a coach in Sault Youth Hockey as well as Sault Youth Soccer. Troy is also a referee in the OHL. He is an Inspiration to children and adults alike, and is a true Hero an asset to the Sault District Community. 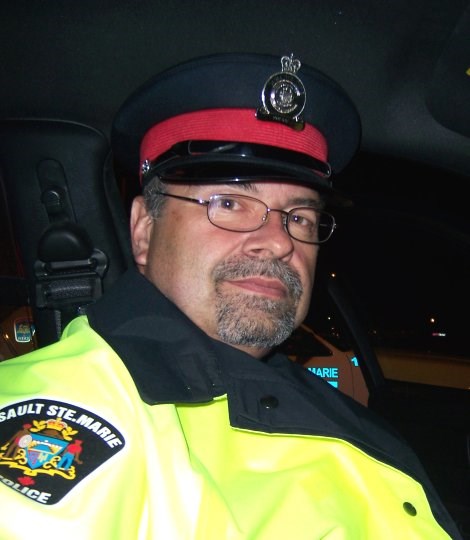 Jim was a 40 year member of the SSMPS. He just retired January 31, 2016. He has been a very important person in our community as a police officer and a volunteer. For many years Jim ran our local Sault Squire Police cadets. His dedication to the kids in our community has been unforgettable. He also is a photographer who spends many hours at the rinks taking pictures of our youth playing the sports they love. Jim was always an approachable police officer who always went over and above the call of duty. 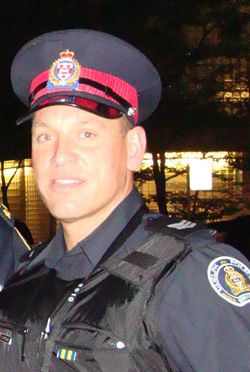 I would like to nominate my husband Sergeant Douglas Pflug of the Guelph Police Service for this prestigious honor.

On August 9th, 1989, Douglas Paul Pflug fulfilled a lifelong dream of becoming a member of the Guelph Police Service. Throughout his 28-year career, he has had a tremendous positive impact within the Community through his ongoing commitment to the Guelph Police Service and Special Olympics, in addition to numerous coaching and mentorship opportunities, donating countless hours to various local organizations.

1994  Assigned to the Traffic Division, Doug investigated a fatal collision involving a child riding their bicycle without a helmet. Doug subsequently created the Guelph Police Service Bike Helmet Program. Each year, members of the Service and recognize youths aged 3-13 years for wearing their helmet and gave them a coupon for a FREE Dairy Queen. A draw is also held each August when a boy and a girl are awarded a bicycle courtesy of George Vettor Cycle. To date, 18,430 tickets have been issued and 38 bikes donated.

1995 Chief Bradburn Lifesaving Commendation On April 1st, Doug, along with two other officers, entered frigid waters and rescued a male who crashed his car into a 6 ft deep pond. 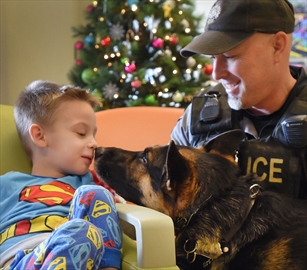 I've known Kevin since he was born, all he ever wanted to be was a K-9 Officer. It's so nice to see his dream come true. Kevin has always had a love for dogs and people. Kevin and Jake have assisted in arrests, along with visits with sick children at hospitals in the Hamilton area.

Best wishes to all Officers, Civilian Employees and 911 Dispatchers for keeping us safe!