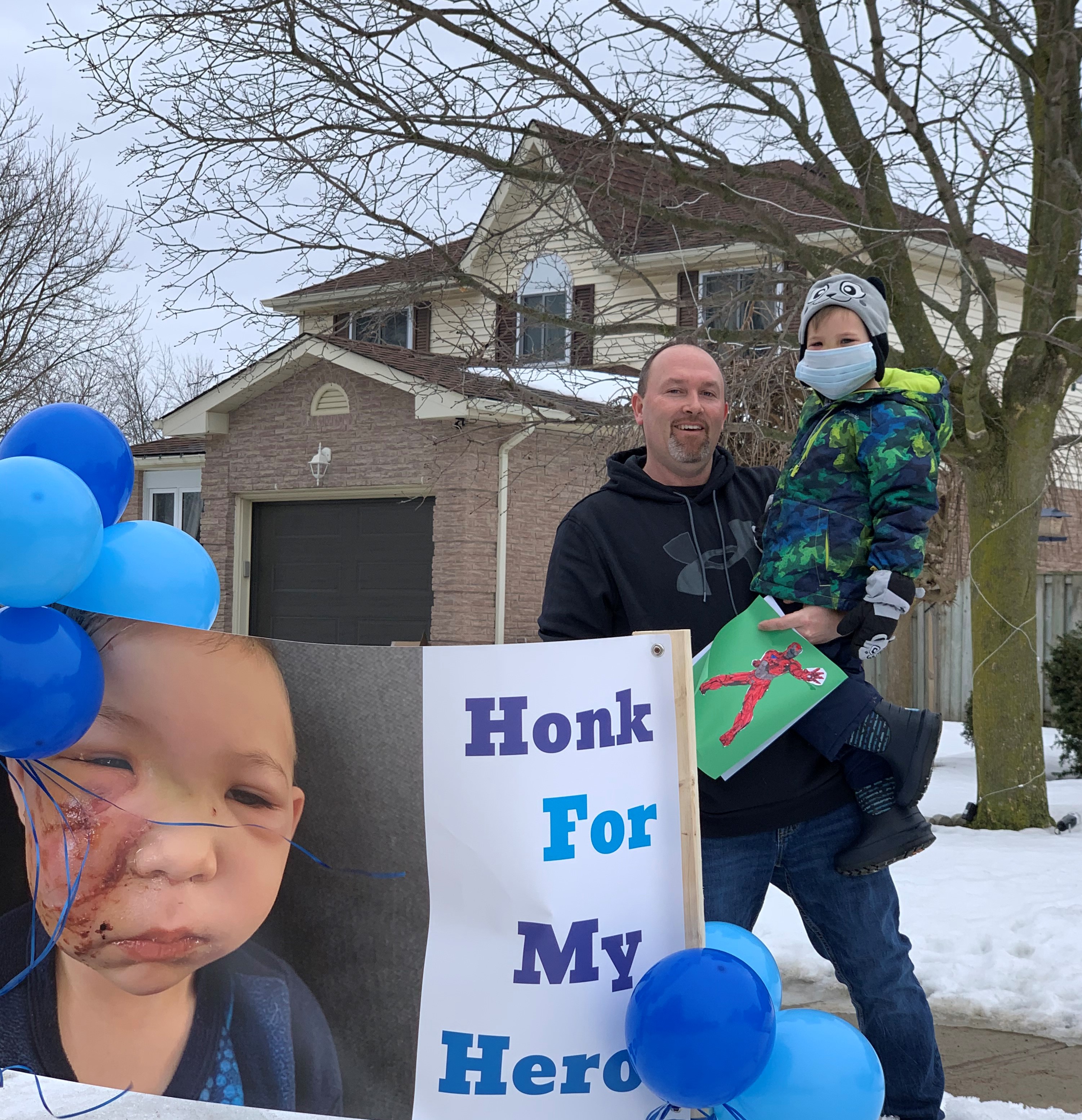 On Saturday, February 20, 2021, a four-year-old boy was out sledding with his siblings and Dad when an off-leash dog attacked him and dragged him by his face. Cst. William Hall, who was at the park with his own children while off-duty, put himself in harms way to save the boy by jumping on the dog. The young boy was rushed by ambulance to the hospital; but first, he was attended to by Cst. Hall who checked him over and even held a hat on his face placing pressure on the wound.

The boy would end up requiring more than 60 stitches. Had William not jumped on the dog, the outcome could have been much worse. Cst. Hall experienced a traumatic experience himself, but that did not stop him from going above and beyond. He continued to check on the little boy everyday - he brought him his favourite ice cream, organized meals for the family, and also started a Go Fund Me page for him. The Go Fund Me page not only helped with the financial costs but was very therapeutic for the entire family. Still, no one could have imagined the positive difference it would make on a four-year-old boy.

From the nomination directly: "After showing our son a picture of how many people cared about him, his spirts were lifted and so began his healing. He smiled so much it made his face bleed and he would say 'look how many people love me,' and 'lots of people love me mommy; but I think my hero loves me the most.' As a mother, I could never thank William enough for saving my son's life or for going above and beyond to support him and his healing. I think it is important for the community to realize good police officers who really care and who truly make a difference in the lives of others, even when they don't have to."