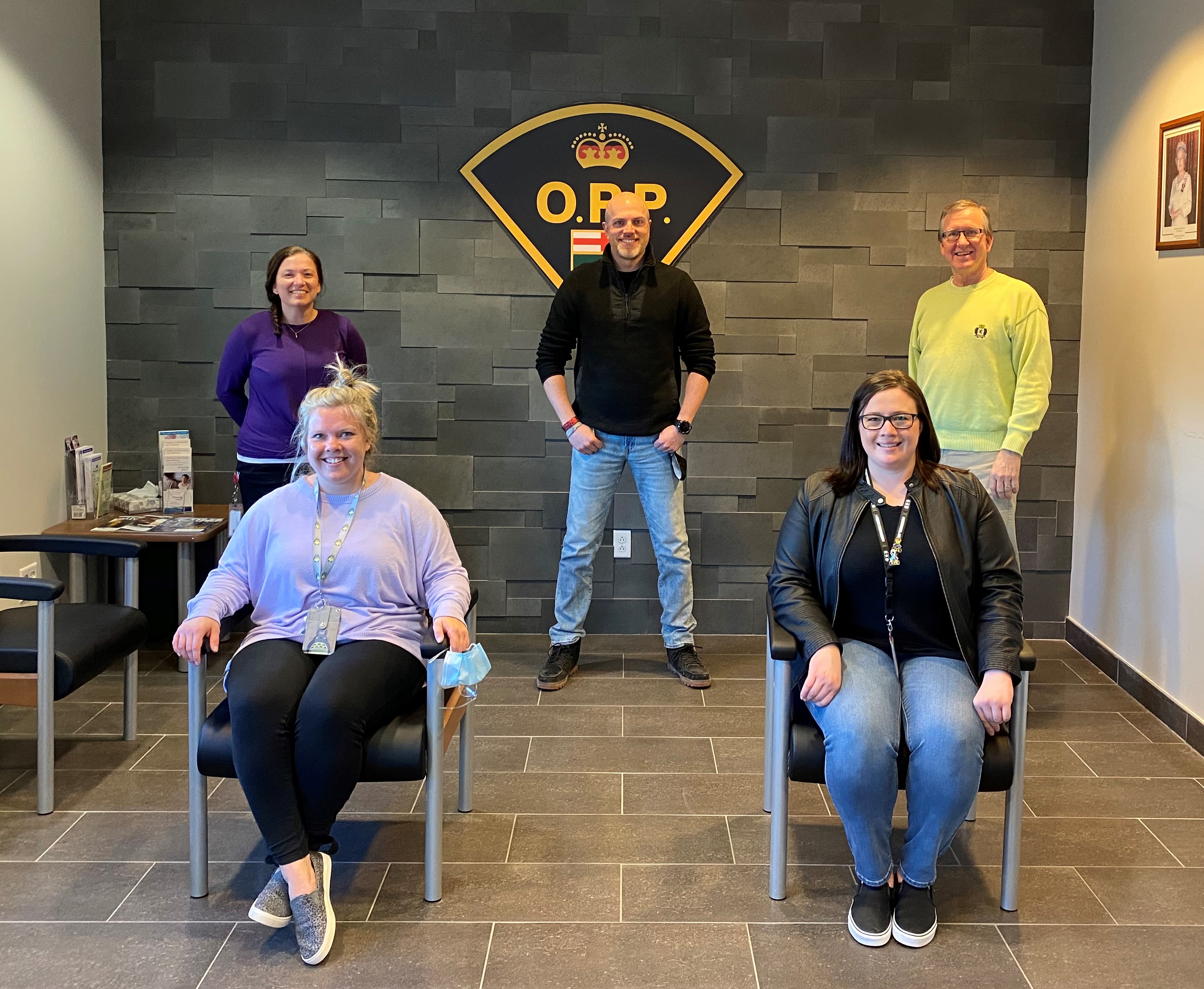 On March 20, 2020, the OPP received a call from a male who had a loaded firearm in his truck, was parked on the off-ramp of a highway and was intending to commit suicide. Communications Operator Rebecca Harjupanula took the original call and spoke with the disturbed male. She did an excellent job of getting important information in a short time before the male stopped responding. Communications Operator Collen Dewey was dispatching the console where this incident took place. It was dispatched as a high priority call. She did an excellent job of coordinating and organizing units to attend the scene.

Operators Kyle Lyon and Grant Eccles were dispatching neighbouring detachment areas. They recognized the need for a multitude of officers to attend and began sending officers from their talk group and coordinating with Colleen Dewey. Communications Operator Melissa Richardson recognized the location’s proximity to another police service and contacted Durham Regional Police Service, advising them of the incident and arranging further resources to respond. Communications Operator Shannon Hogg received a second phone call from the disturbed male. She did an outstanding job of directing the male, who had now changed his mind about committing suicide, in surrendering to the officers. She helped minimize danger to both the officers and the male with her directions.

Clearly, this was a cooperative and collaborative response. Everyone worked together to get the job done. Few if any, were asked to act; the actions taken were the work of obvious professionals. These actions kept the public, officers and the male party safe.