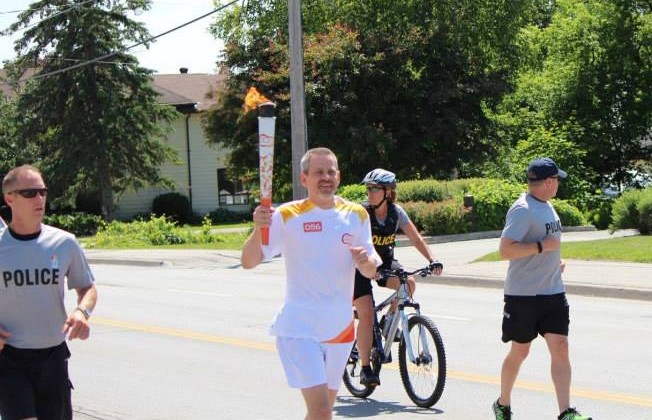 I am nominating my husband because he truly is a hero in many ways. After serving 10 years in the Armed Forces and multiple deployments to the Middle East, he retired and became a Special Constable - Court Security Officer for York Regional Police. After suffering from PTSD and depression, he bounced back and raised close to $50,000 for Movember. He has won the Queen's Jubilee Medal for his commitment to the community. On February 29, 2020, my husband and I, along with a friend, were having dinner at a restaurant in Markham. At another table, a woman began choking. She was unable to breathe.

The people with her were screaming for help. My husband quickly stood up, went to the table, identified himself as police personnel and performed the Heimlich, which helped save the woman's life. The woman's grateful family thanked him, which he shrugged off. His thoughts were that anyone would have done the same if they could have. To say I was proud of him for this is an understatement.