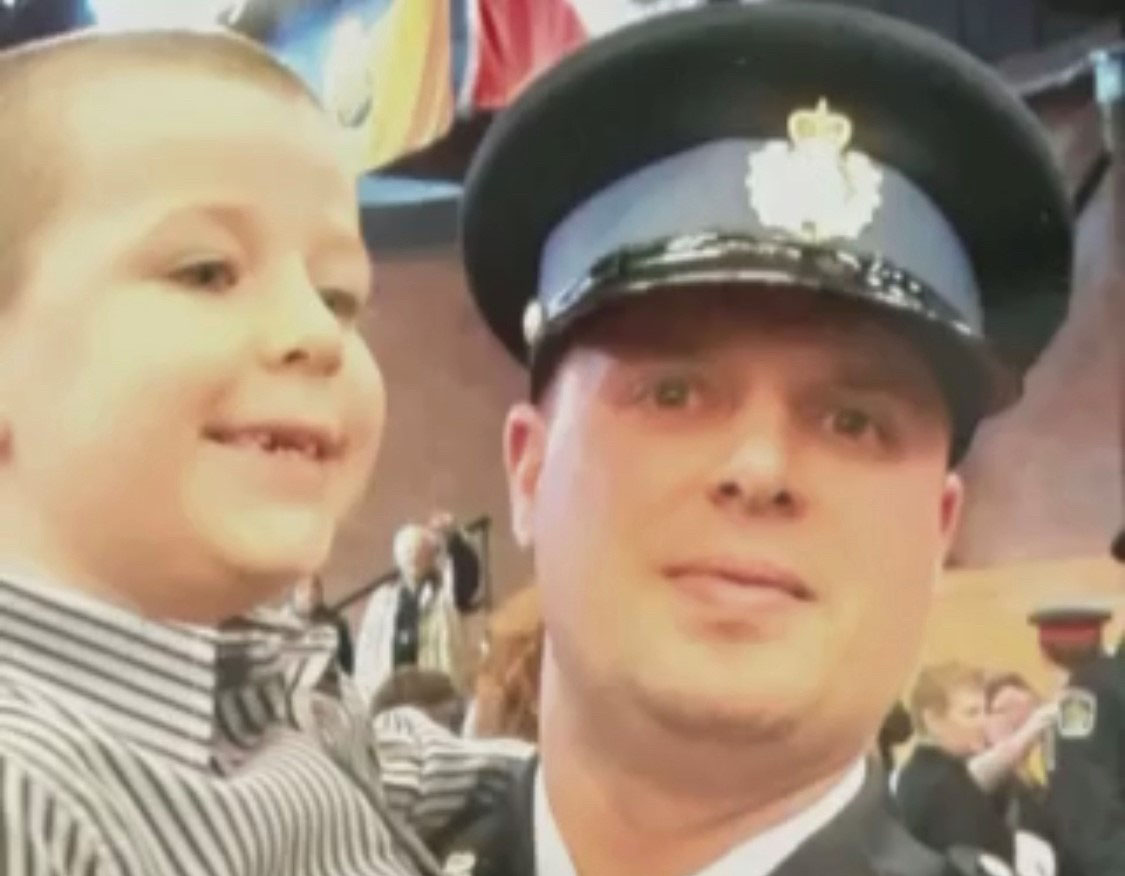 Jon Perrin is a Police Officer with the Ontario Provincial Police, working out of the City of Kawartha Lakes Detachment. Jon began his policing career in 2012. Near the end of 2017 (within a 2 month time frame), Jon located the bodies of two missing young people who had both taken their own lives by suicide (hanging). One was a young female who shared the same name as our daughter.

From December 2017 to June 2019, Jon continued to work, while suffering with all the signs and symptoms of Post Traumatic Stress Disorder (PTSD). Jon had severe stress, anxiety and depression. In June 2019, while working a night shift; Jon pulled his cruiser into a restaurant parking lot around 2:00 am, he was having suicidal thoughts and contemplated taking his life. From some miracle, Jon was able to pull a picture of his kids out of his wallet, which he credits for saving his life.

That morning, Jon came home and broke down to me. I got him into his family doctor right away, and Jon has been off work and in recovery ever since. While in recovery, Jon started to share his story with mental health through a podcast called Twisted Trauma, and started to raise money for different local mental health programs and initiatives.

Jon was able to raise $2,500 for the Haliburton, Kawartha, Pine Ridge, Canadian Mental Health Association, $2,500 for the Ross Memorial Hospital Mental Health Program, $2,000 for the Kawartha Lakes Boys and Girls Club, $500 to Wounded Warriors, and $500 for the Lindsay Food Source. He also made donations to support a few local restaurants through COVID.

This has led to Jon and I to starting up a registered non-profit organization, the Twisted Trauma Foundation, which provides peer support to individuals battling with a mental health injury or illness. Jon raises awareness and money for mental health programs and initiatives. Jon recently started the Twisted Trauma Feed it Forward Program, teaming up with three local restaurants to provide free meals and hot drinks to people in need.

In November 2021, a City of Kawartha Lakes Police Officer took his own life after struggling with mental health for a few weeks. Jon held a first responders charity hockey game and raised over $2,500 for the Officer's wife and daughter. He also had fans bring non-perishable food items to the game and collected over 400 lbs. of food for the Kawartha Lakes Food Source.

Although Jon still struggles daily with his mental health, he has made significant progress from where he was two years ago. He has helped so many people in our community and surrounding areas that are battling with mental health issues. He is a true role model to our two children and members of our community.