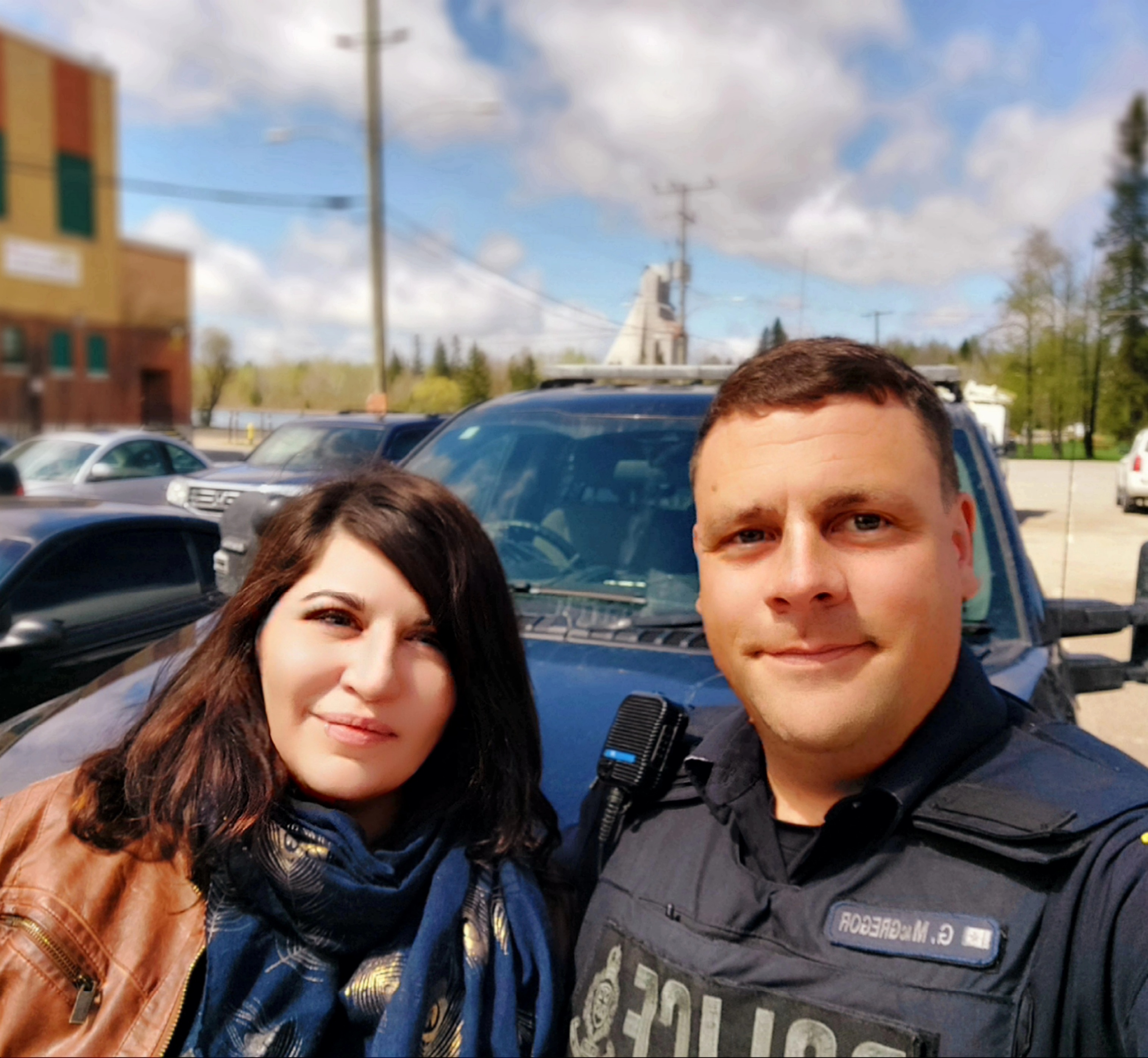 Graham is described as compassionate, kind and as one of the good guys by his many nominators. Graham was chosen as the winner because of the assistance he provided a woman with an active addiction and PTSD. She didn’t have much faith in the policing system, but according to her, he changed that. She says that if not for him, she wouldn’t have a one-year sobriety key tag. This woman was a survivor of human trafficking and an addict who had crashed her vehicle into a tree. Graham treated her with respect and dignity, even though she had to be charged with careless driving and had a carload of drug paraphernalia. He connected her with Victim Services and with resources he thought could help her. The way that Graham treated her changed her life. He continues to check in with her. Not only is she doing well, but she is using her experience to help other victims move forward. Graham is a prime example of being a uniformed difference maker.

Here are a few excerpts from her nomination:

“It’s not easy to write about someone who has had such a profound impact on one’s life. The concern is often that I won’t put into words exactly how this professional helped me. In reality; he saved my life. If you had known me back then, you would know I was the last one who wanted to be saved. I was living my death sentence and the reason I’m here today is because of the support of one officer. In September of 2019, I was very much rushing to hit my rock bottom. I was burnt out, sleep deprived, addicted to anything and everything, and nursing a psychosis from allowing my PTSD to go unchecked. I had hit my breaking point and crashed my vehicle into a tree. Laying out all the facts is important: In my vehicle, I had paraphernalia, medications that weren’t mine, and I was in a state that one could only assume I was impaired. I was brought to the hospital where I met Officer MacGregor.”

“Officer MacGregor saw me one more time at the hospital to check up on me to see how I was doing. He would be the only visitor I had. When I returned from treatment, we got to see each other again because I still required to get fingerprinted. Still, I was treated with respect and dignity. I did plead guilty and I have a criminal record. MacGregor took the time to be part of my recovery. He was present when I celebrated clean time. He has also helped guide me when I became a victim of a crime. He supported me by being present when I spoke with the detective, knowing that my fear of police was a barrier. To be re-victimized can have a devastating effect on a survivor. However, the words of encouragement empowered me to reclaim my voice and keep going because he believed in me. He made this all possible.

Today, I am now able to help survivors find the success in recovery and justice in healing from wounds that leave a person in a state of spiritual decay.”

We also received a nomination from the woman’s father that reads:

“Officer Graham MacGregor has had a definitive impact on our daughter’s successful recovery and to support her family through a very difficult time. The ability for our daughter to confide in Officer MacGregor when needed the most is a show of remarkable compassion. Officer MacGregor has played a major roll in her recovery and has gone beyond the call of duty to help. He has been there for our daughter and it has instilled peace of mind for us knowing that “one of the good guys” is in our daughter’s corner at all times. Please accept this nomination with our kindest thoughts and many thanks.”

The true heroics is that to Constable MacGregor, this is not going above and beyond. This is just what he does.