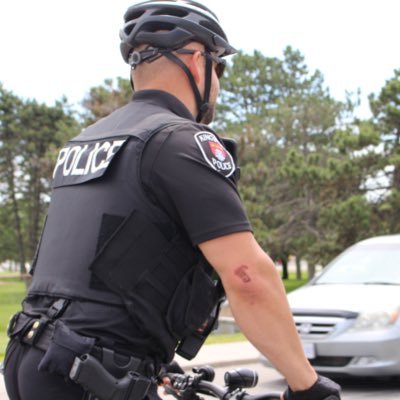 On September 12, 2019, a 22 year old male began stabbing pedestrians at a downtown Kingston intersection. Constable Fil Wisniak - a 10 year veteran of the Kingston Police - was on foot when the call came in. Constable Wisniak responded to the call, running 2 blocks to the incident. Upon his arrival, one man had been fatally stabbed and another man was being attacked. Constable Wisniak intervened without hesitation - the male was about to attack a woman who was attempting to provide aid to one of the victims.

Fil can be seen on videos putting himself between the male and the woman, preventing him from stabbing her. He then attempted to contain the male at gunpoint and plead with him to drop the knife. The male brandishing the knife charged at Constable Wisniak and he shot the male once, which made the attacker back away. The male then began stabbing himself repeatedly before he was taken into custody. The male later succumbed to the self inflicted stab wounds. I had the privilege of supervising Fil for the past two years, and I feel that his quick response and actions on that day saved the life of one of the stabbing victims, the woman who was trying to help, and perhaps many more. He demonstrated restraint, compassion and professionalism putting himself in harm's way to protect others.