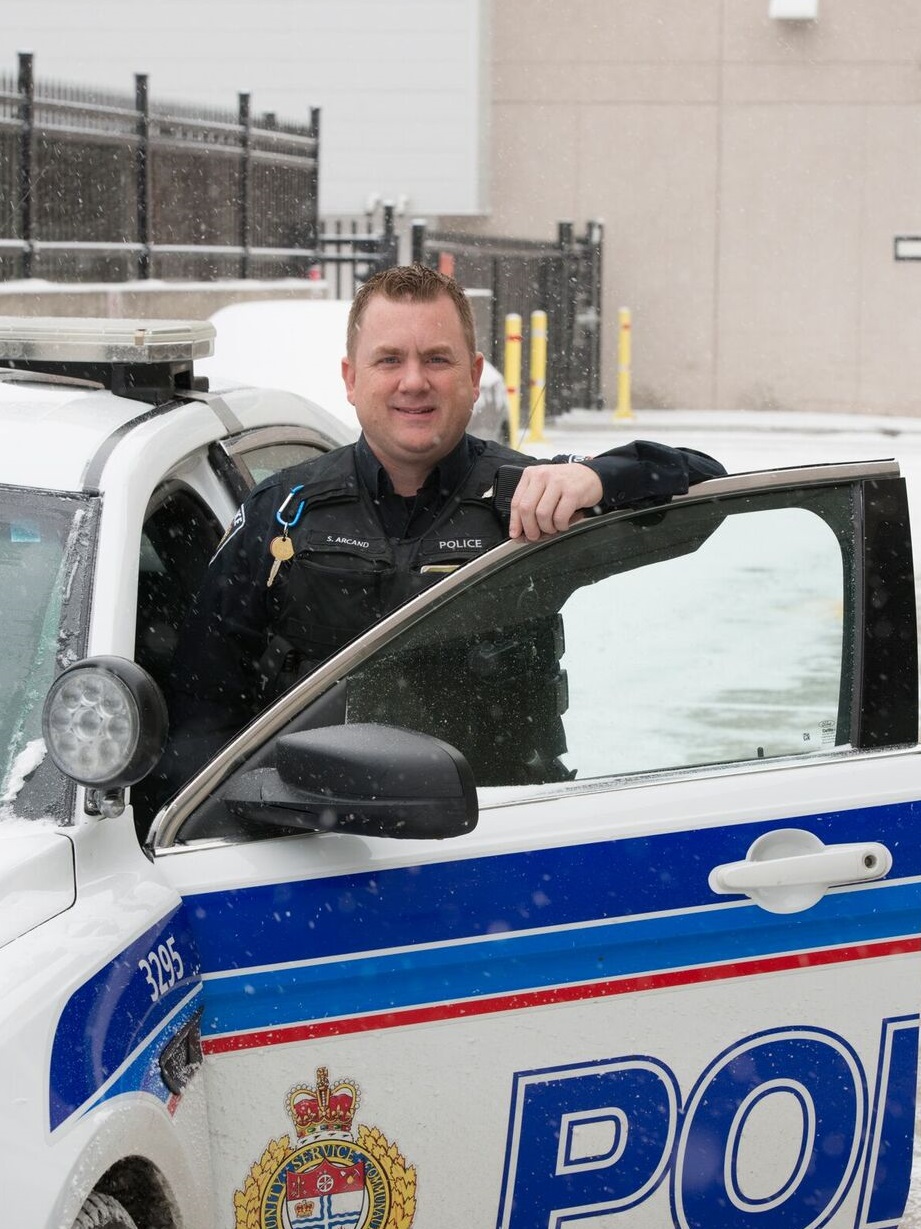 During a period of drinking significantly, I had posted odd things on Facebook. One of my friends became worried and contacted police to check on my well-being.

I remember being woken up by police pounding on my door. CST. ARCAND (Ottawa Police) was one of the officers that attended. I have a large wound on my thigh from self harm and I was heavily intoxicated and feeling suicidal.

CST. ARCAND didn't even flinch when I told him that I was a Community Safety Worker and that I struggled with PTSD/Bipolar disorder. He treated me with compassion, and like a human being, stated "we all have our stories, we all have our struggles, we're all human."

I pretty much had to go to the hospital, but I did not want to go to the Montfort. CST. ARCAND understood, and because paramedics were on scene already, and I was cooperative, I was able to go with paramedics instead.  CST. ARCAND followed but then cleared the call.

I never knew his name until 2 days ago. I was at work at a Joint involvement call at one of our South addresses. As I walk up, CST. ARCAND is standing there and I immediately recognize him as the officer from that day. Queue in the knots in my stomach that he's going to recognize me and have the response that I shouldn't be there.

I was wrong, He approached me when everything settled and asked me how my speech went. I was confused for a second. He pressed further and said in December you told me about (referring to that day). I had told him that I was speaking at the Ottawa Police Human Rights learning forum. I was surprised he remembered such a small detail I told him. Even in uniform, and now one of the responding parties to this call for service, CST. ARCAND didn't waver. He told he was happy I was back on my feet and doing better.

Seeing him answer calls to service is something I look up to. No matter what the call, he goes to calls because he wants to go, and he cares about the people involved.

Thank you CST. ARCAND, you are most deserving of this award!