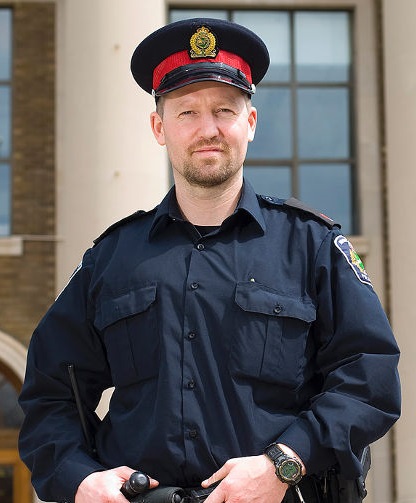 I have been proud to know and work with Neal Ridley since 2010. I met Neal as a School Resource Officer at the St. Catharines Collegiate. Neal was a mentor and proactive constable who did amazing work with our students. He was always there for a students both on duty and when he could off duty. Neal is a police hero for many reasons. Here are some of my examples. Neal came in to the school on his day off to assist a young lady who was having her child apprehended by Family and Children's Services. Neal said to us if the apprehension happens on his day off, he would come in and assist the young lady so she did not react poorly and get arrested. Another incident was when Neal pursued a wanted teenager throughout the neighbourhood. He made sure the community was safe and pursued the teen for about an hour after he was injured at the beginning of the chase. The teen presented a safety risk and Neal did not give up in spite of his serious leg injury that occurred during the chase.

My final school example, Neal was constantly gathering intelligence by building positive relationships in a school community filled with at-risk youth. He solved crimes and prevented injury to other officers who may have had to deal with these youth prior to knowing the intelligence on situations that police might attend where violence or drug impaired individuals could be. His work got drugs off the streets and prevented police and the community from injury from some violent community members through intelligence gathering.

Neal was a volunteer at our I.M.P.A.C.T.(Intensive Measures: Police and Community Together) program during his time as a SRO. He came to evening sessions, set up presentations and built relationships with the at-risk youth from all over Niagara.

Neal never lost touch with his school connections when he returned to the road.

Neal's heroism was undeniably measured in the shooting where he was injured. Neal responding to a distressed person was fortunate for the accused. Neal always did everything to prevent physical intervention by police. It was so unfortunate when I heard of his shooting, but I know he was the hero because he did his best to help this person in distress. It was a very unfortunate situation for everyone that day but Neal emerged as hero and a lot of people in that community were saved from interaction with this very unwell person.