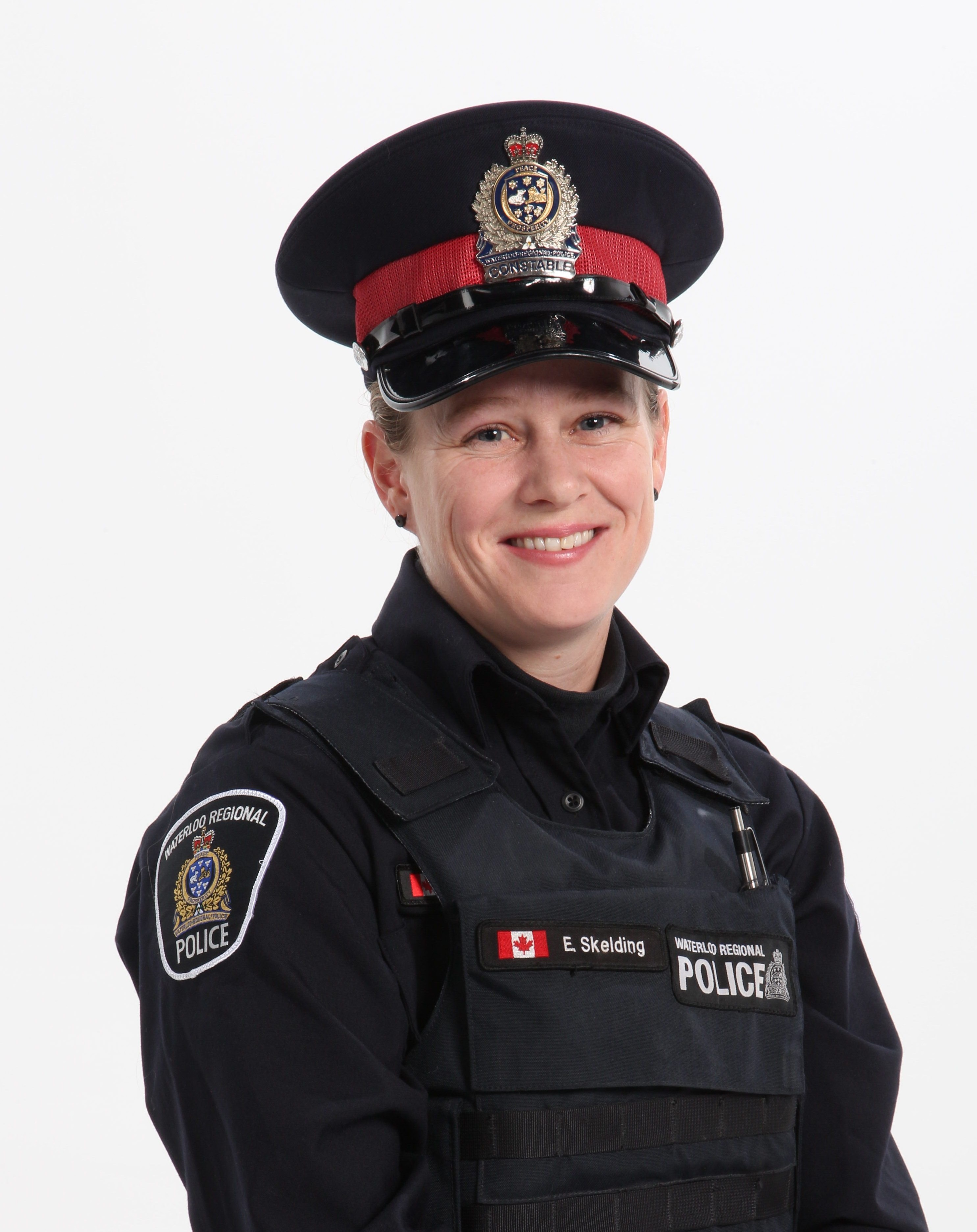 Just before midnight on April 28, 2015, Constable Elizabeth Skelding responded to a domestic abuse call in progress at a house in Cambridge, Ontario. As her police cruiser approached, a female started coming down the driveway, with a male following close behind wielding a knife. Due to the proximity between the two, Officer Skelding first attempted to manually disarm the male as the use of her gun could have harmed the victim. In the ensuing struggle, the male stabbed Officer Skelding and continued towards his ex-girlfriend. Officer Skelding drew her weapon and shot the male to stop him from inflicting further injury to the victim or herself. While she was bleeding, Officer Skelding kept her gun on him until other officers arrived on the scene. Constable Skelding’s prompt actions saved the woman’s life.