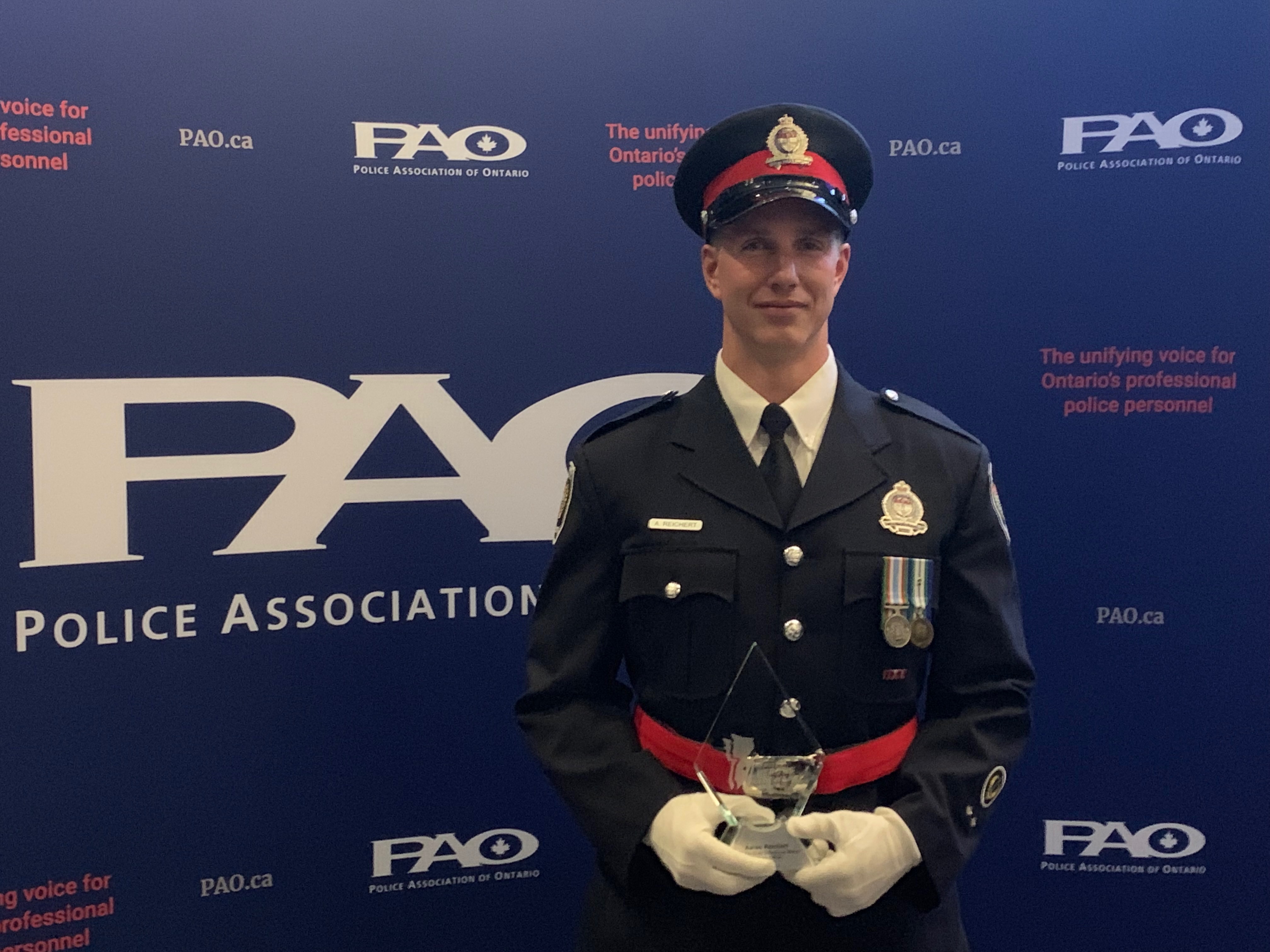 Reichert was patrolling the market just after bars closed in June 2017. In an unrelated event, he saw three men carrying a street sign and approached them when he heard a single gunshot in the area of Dalhousie and Murray streets. By the time Aaron arrived to the scene, he saw a group of men chasing the suspect on foot. Cst. Reichert got back in his vehicle, pursuing the group, who indicated to him that this person had just shot their friend...

...Cst. Reichert pulled up next to the suspect, drew his gun and tried to arrest him while still inside the vehicle, but the individual kept running. Cst. Reichert chased after him on foot into a parking garage, but then heard another gunshot. The suspect had shot one of the men who was chasing him. Unfortunately, that individual later died of his injuries.

Aaron, with his gun drawn, chased the suspect up to the third level of the parking garage, all the while shouting at the man who had just shot two men to get down on the ground. The suspect then suddenly turned and pointed his gun at him. Fearing for his life, Cst. Reichert had no choice but to fire his weapon. He didn’t know if he had struck the suspect, so Aaron waited behind a concrete pillar for backup to arrive. The suspect was pronounced dead at the scene.

In his SIU decision, then Director Tony Loparco wrote that “I find in all of the circumstances that the (officer) reasonably believed that his life was in danger from the (suspect) and thus he was justified in the use of lethal force.” It would have been “foolish and reckless” for Reichert to have waited to see what (the suspect) would do “when it was clear that he had already fired on one, if not two, men in the preceding minutes.”