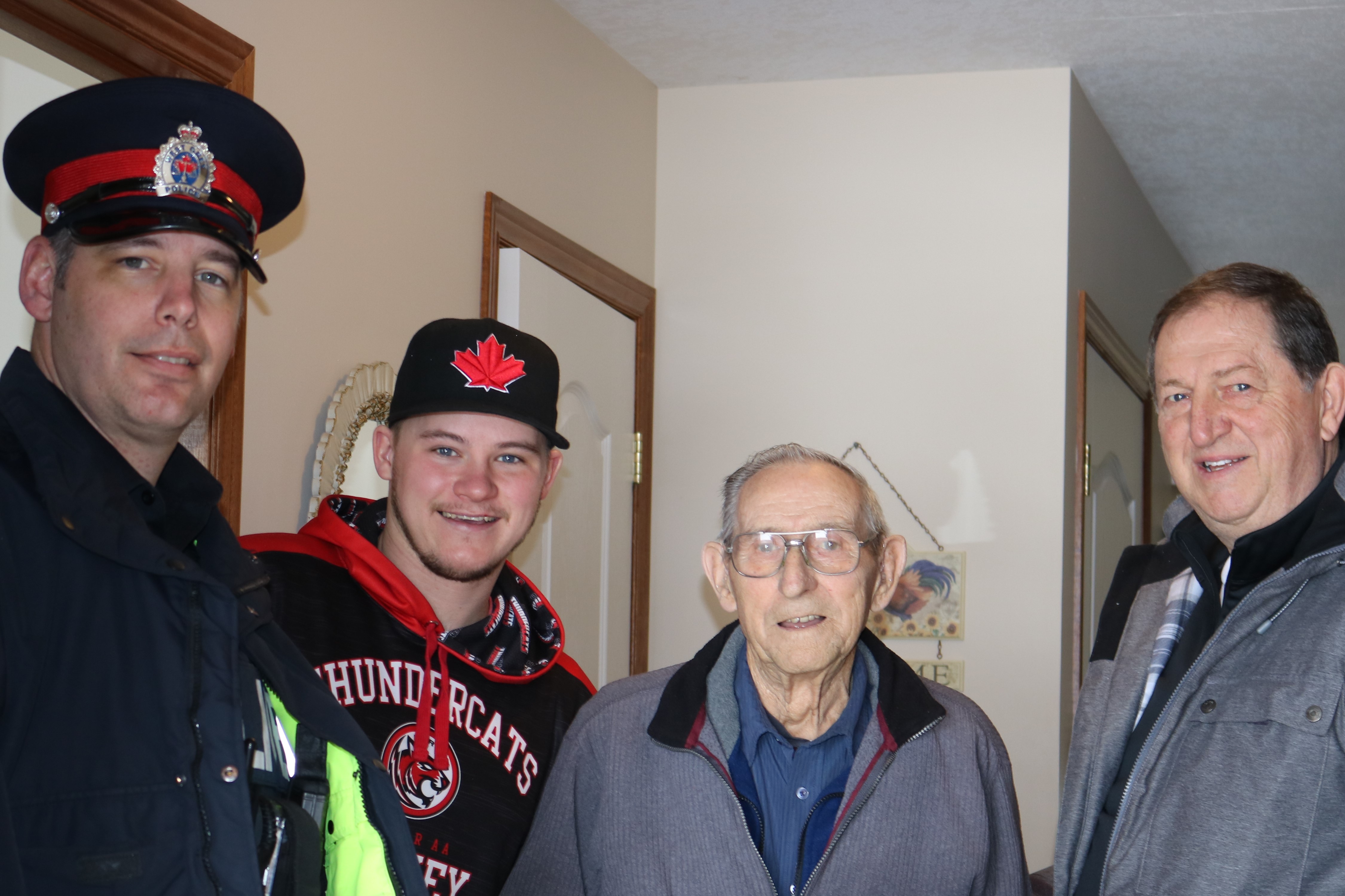 Chad Brown has been a Police Officer with the West Grey Police Service for 3 years and served as an Auxiliary member for the preceding 6 years. Since day one, Cst. Brown has been heavily involved in the community and is a great example as to what community policing should be.

Cst. Brown volunteers as the president of the local kids baseball club during the summer months and spends his winters organizing the kids hockey league and tournaments.

In 2016, Chad got involved as a committee member for a fundraiser called Hockey for Desta. The event was a huge success raising over $30,000 to help support the family of a young girl who had been diagnosed with Neuroblastoma.

Cst. Brown has always shown to be a proactive member on and off the job. When he and his wife noticed that the town baseball diamond was beginning to deteriorate, Cst. Brown signed up as a committee member of the Diamond Project which is a group of people who have raised money to rebuild the baseball diamonds and install two children's playgrounds. This has had such a positive impact on our local youths, giving them a place to spend their summers making friends and creating memories that will last a lifetime. Cst. Brown's continuous dedication to his community puts a positive outlook towards the Police Officers across the Province of Ontario.

On the job, Cst. Brown is not only a patrol officer, but acts as a School Resource Officer giving presentations to the students about safety and positive life choices. Cst. Brown is a known local and is often asked for by members of the community as their choice officer to confide in.

In 2011, Cst. Brown learned that a child from our community had been diagnosed with cancer and had been hospitalized for an extended period of time. Cst. Brown took it upon himself to show that family that we stand behind them and volunteered at a Gala which managed to raise $15,000 to support the child's family with the extensive costs that they were enduring.

Cst. Brown sets such a high standard for himself committing to a fair and safe environment for his community and he is dedicated to creating opportunities for the kids to excel in all aspects of their lives. Without people like Cst. Brown, many of these kids would not have the opportunity to participate in sports and have the positive life experiences they have been afforded the chance to have. Even though I am certain that he does not realize it, he has impacted so many lives and is a great role model and true hero to everyone in this community. Constable Brown, for all you do, thank you!