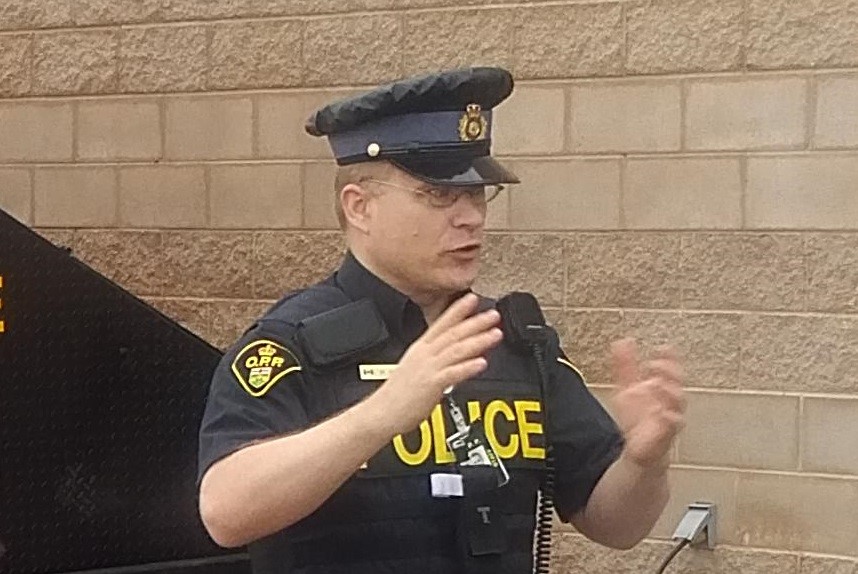 In the time that I have known him, OPP PC Watts has shown a special dedication to the OPP Child Seat Program. He volunteers his time and efforts to several of the Auxiliary-run clinics at the Toronto and Port Credit (Mississauga) Detachments, and Community Clinics put on by other Partner Agencies such as Halton Region Public Health and car seat initiatives in Peel Region. PC Watts’ involvement has gone beyond just being a Child Seat Technician to also include his being a Certified Child Seat Technician Instructor where he volunteers his time to teach others.

On more than one occasion, I have been witness to PC Watts going above and beyond in assisting a parent in need. I was there when after a very long day at work, followed by additional hours at a child seat clinic, PC Watts initiated a traffic stop for a vehicle in which the child was visibly not secured properly. At the side of the road, PC Watts, rather than issuing a citation for the offence, assisted in securing the child properly in the vehicle.