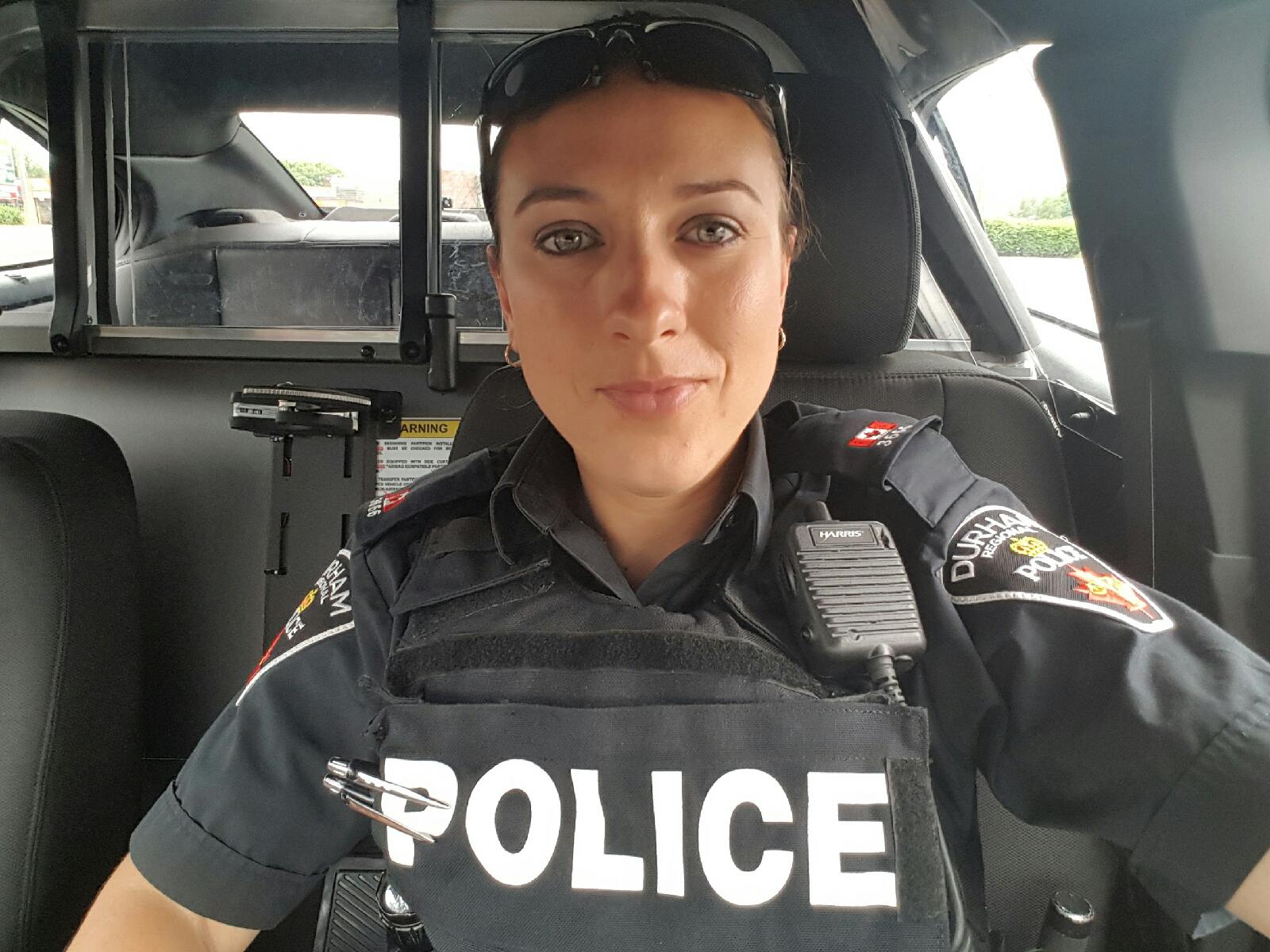 In February 2017, PC Sanders was dispatched to a trouble call in Oshawa. Information was received that the upstairs of the residence was on fire and that a male had fallen from the second story window and was also on fire. PC Sanders was the first officer to arrive at this chaotic scene.

She immediately observed a male laying on the side walk who was on fire. Without hesitation, PC Sanders acted quickly and removed the fire extinguisher from the back of her cruiser, recognizing this life threatening situation. She realized that immediately putting this fire out would increase the male's chances of survival. She successfully put the extinguished the fire on the male as well as the fire burning around him leading up to the residence.

PC Sanders has gone above and beyond duty on many calls when dealing with the public on a daily basis. This officer helps so many while she is off duty as well. Her life is full with her family and yet she goes above and beyond while on and off the job. PC Sanders chose policing cause she cares about people, and she is my hero.