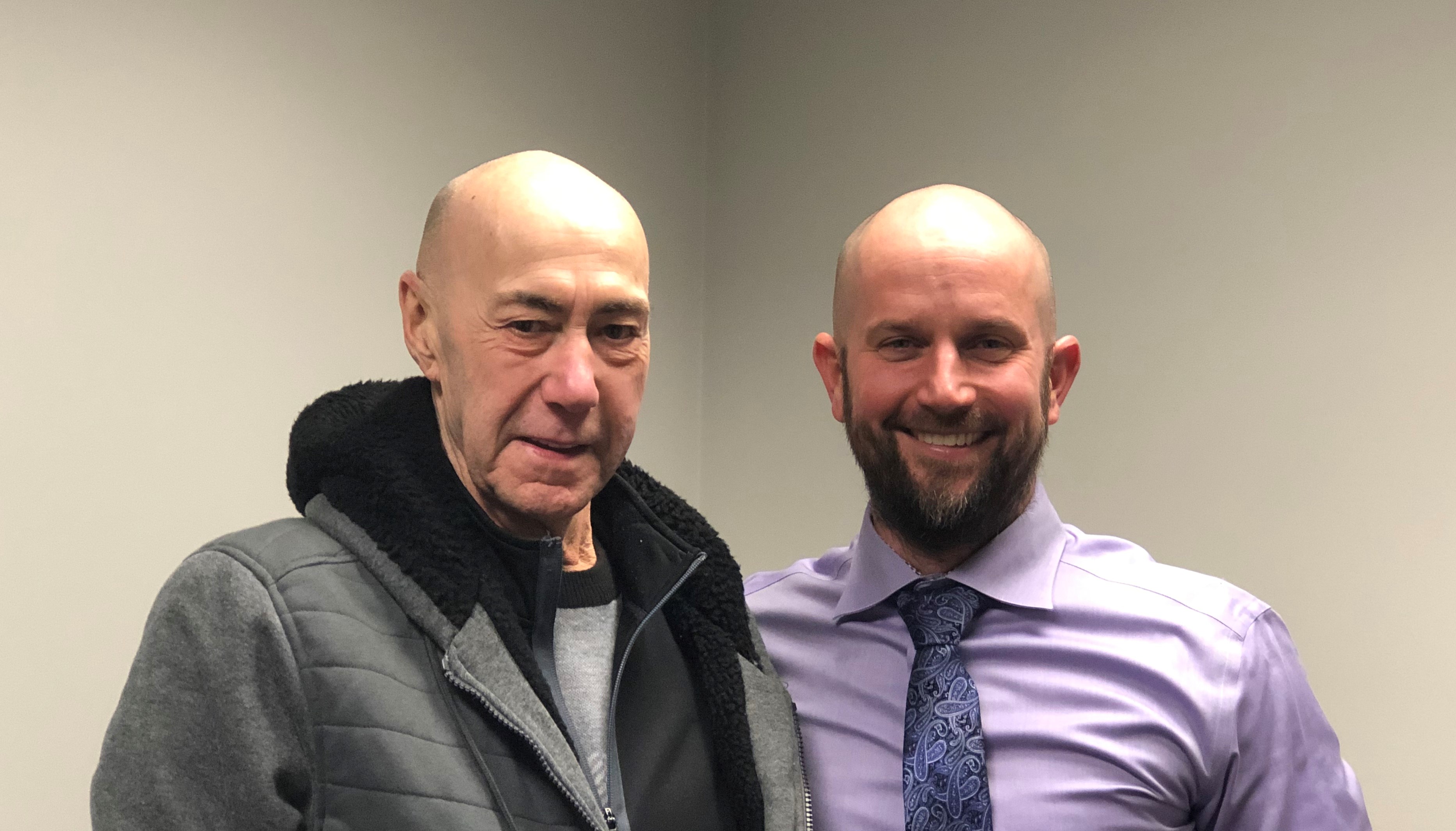 On February 8, 2019 my father Alain Boisvert was returning from a friend’s. He was driving westbound on Cty Rd 22 in Emeryville when unbeknownst to him, he went unconscious due to a cardiac arrest. He started veering off the road, hit a green box, then hit another truck that he pushed into a building. The two men at the Oil Lube removed my unconscious father from the vehicle and placed him on the ground. A local female resident immediately started performing CPR. Det. Scott Chapman, who was going about his day, witnessed the chain of events and attended the scene. He took over the chest compressions. The actions from everyone involved kept the blood pumping.

Soon after, EMS attended and took over. They had to use the defibrillator twice on my dad to get his heart started again. If it wasn’t for everyone’s actions and training, my dad may not have made it through or there could have been irreversible organ damage, especially his brain.

I know as a public servant, first responders we are trained to help and assist. But not all people have that in them. Detective Chapman was not on duty at the time of this incident. He didn't have to respond but he did. He was at the right place at the right time. Everyone involved in the incident that day was looking out for my father. Their actions allowed my family and I to enjoy my father for a little longer.

On January 15, 2020, my father had the opportunity to thank Det. Chapman personally. My dad also got to thank the men that assisted in removing him from the vehicle. He wanted to thank the female that started the chest compressions better never had the chance.

On February 15, 2020, my dad passed away. Det. Chapman’s actions, and all the people involved, allowed us to have 1 year and 1 week more with my father.