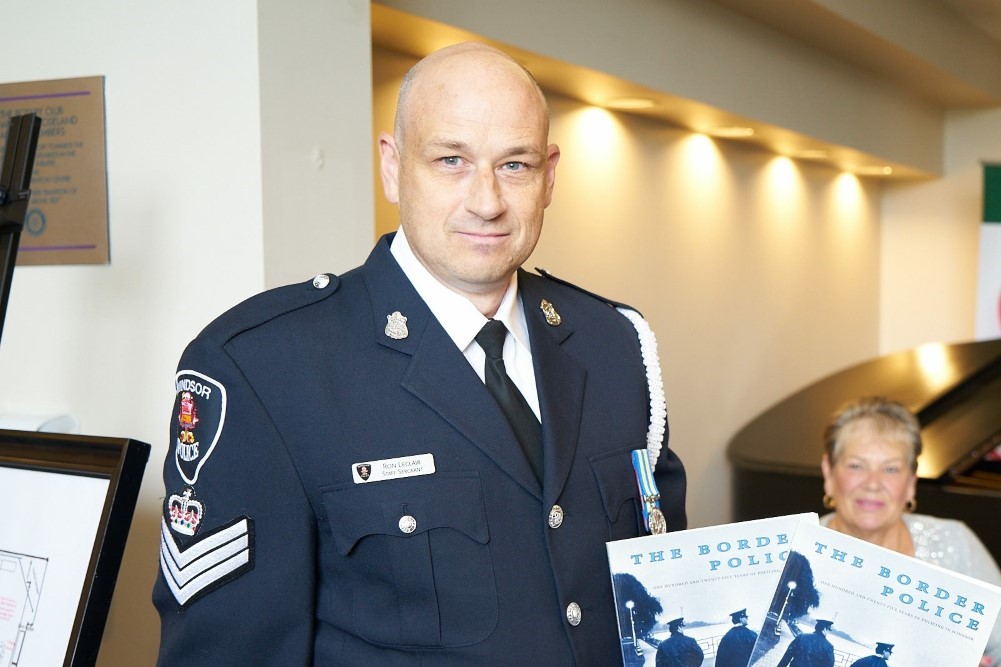 Ron LeClair has been an exemplary member of the Windsor Police Service. Born and raised in Essex County, educated at the University of Windsor, devoted to his community, Mr. LeClair holds the rank of Staff Sergeant in the WPS. Since 2014, Mr. LeClair has served as a Trustee with the Greater Essex County District School Board. He has also served his fellow officers as an active member of the Police Association, including as Chair.

Mr. LeClair epitomizes the modern officer, embracing Community Based Policing, efficiency, respect for all. He has demonstrated that from his days on the beat to his work in areas such as Major Crimes and Public Relations. He has served on special task forces, including the Gouge Inquiry Working Group, dealing with the aftermath of revelations regarding former Coroner, Dr. Smith. The Working Group developed standardized practices in pediatric deaths.

While investigator/detective/court file manager in the Major Crimes unit, Mr. LeClair earned the respect of the Court(s), the Crown, and the Criminal Defence Bar as a fair, open, law-centred officer. His dealings with the news media were succinct, straightforward and remain so today, as he serves the WPS in other capacities.

Always interested in history, Mr. LeClair served on the 150th Anniversary Committee for the WPS in 2017, contributing to and co-ordinating a Museum Display and a major publication, The Border Police. (See photo, attached.)

A community activist since his teens, Mr. LeClair participated in the creation of the Town of LaSalle (from the Township of Sandwich West). Committed to young people, Mr. LeClair served on an international committee, The Detroit-Windsor Youth Committee, to educate young people on both sides of the border about differences between United States and Canadian law, an important part of ensuring good relations between the residents of both nations within differing legal structures.

Mr. LeClair was elected to the School Board in 2014. One of his accomplishments there has been to play a key role in the creation of the Indigenous Education Protocol in keeping with recommendations from the Truth and Reconciliation Commission. In so doing, Mr. LeClair was able to draw upon his own Metis heritage and achieved consensus among seven area Band Chiefs, the first agreement of its kind in Ontario.

At home, Ron and his wife Shelagh have a rescue greyhound, and have participated in the fostering programme for greyhounds preparing for adoption. They have two grown sons.

In all, Ron LeClair represents the finest in Police and Public Service, a steady, progressive force for Police and Community Relations and development.