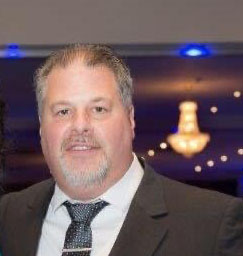 In 1999, after a seven-year career as a paramedic, Richard knew from experience the life saving capabilities of the Automatic External Defibrillator (AED). He approached his employer and the CEO of the McDonald Cartier International Airport (MCIA) where he worked and presented them with a plan to introduce AEDs inside the terminal. After months of presentations to Health and Safety Officers, lawyers and others involved in the decision-making process, it was approved. In 2000, the MCIA was the first Canadian airport to implement a defibrillator program.

Richard trained all the first responders at the airport. He was also instrumental in implementing a city-wide AED program where all police cars, cellblocks and other areas inside all police buildings had AEDs installed. He also assisted other police, fire, military and private companies in getting their own program started. Richard was the manager of the program for the first 12 years of its existence. it should be noticed that many police services ending up adopting AEDs due to his championing the devices. AEDs are now THE STANDARD OF CARE IN OUR FIRST AID. Since 1999, approximately 20-25 lives have been saved by officers as a direct result of having access to their defibrillators.