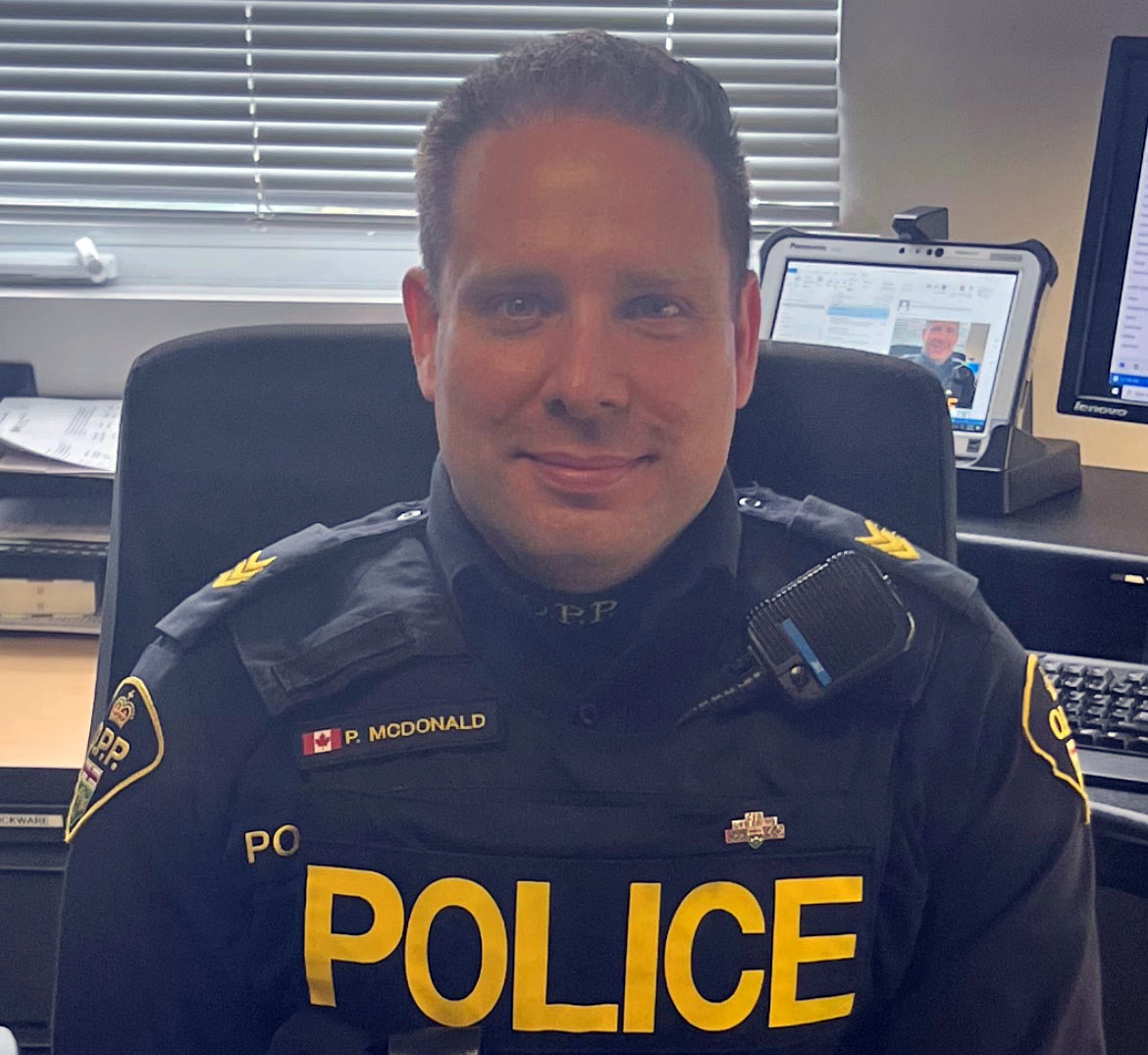 I would like to nominate a deserving and dedicated member of the OPP's police service that I have had the pleasure of knowing and watch grow throughout his policing career he began 16 years ago. Sgt. Paul W. McDonald is quite honestly one of the most capable, compassionate, respectful and kind human beings that has walked this earth. He is a humble man and would brush off compliments as he doesn't feel like it's necessary to describe him in such a way because he is just doing what he feels is right. He has made a major difference in many people's lives, my own included. He's kind, funny, he loves to talk with people and really gets to know folks on and off the job, because that's just his nature.

He originally wanted to get into policing after a family member was brutally assaulted, physically and sexually and unfortunately he saw things in how it was handled that did not seem right to him, and he wanted to be the difference in the new generations of policing.

I have seen him handle copious challenging calls from tragedies of MVC's, suicides and even a terrible farming accident where a young girl had lost her leg which nearly claimed her life. He had received the Commissioner's Citation for Lifesaving awarded regarding that matter, and he'd tell you "It was really nothing, I was there to help and I'm so thankful she survived."

More notably, in recent years whilst navigating his own mental health struggles after many on the job tragedies, he felt that he needed a new direction. He found that direction by taking on the role as the mental health liaison officer for the mobile crisis intervention team out of Peterborough County. When he took on this role, he did not know exactly how he would help shape this program from running as a part-time service with the civilian CMHA worker, to petitioning the Police Board with many services present and pitching how the MCIT would be integral in assisting the community with providing mental health supports to the many in need. As a result of his efforts alongside the civilian CMHA worker, they secured funding to make the program run full time and it has had great success during the time he headed the position.

He was promoted recently as a Sergeant out of Haliburton, and he has made a huge difference for the members at the new detachment by facilitating peer support services for uniformed members as well. He assists his colleagues with guiding them through challenging MHA calls and has called on community support services and medical professionals to work together and help civilians in the community with getting much needed mental health support when they are in crisis as well. He did this of his own volition because he sees people who need help and wants to ensure things get done.

Paul is a compassionate person in and out of uniform to everyone he meets. He has always had the philosophy of treating people the way he would like to be treated. He has always understood that when on the job, he may be encountering people on bad days or not in the best of circumstances. He will treat these people with kindness, patience and compassion. It might be after a death notification, or when he has taken a breath sample as the breath technician for suspected impaired persons - the one constant is he talks to these people unbiased, humanely and they respond accordingly. Next thing you know, they'll shake hands, have a laugh over hockey or common interests.

It's not just community members he helps, but his fellow colleagues as well. He has reached out to a colleague returning to the office on the "back to work program" and reaffirmed to them of his open door policy if they ever needed to talk. This member did reach out regarding a challenging assignment and Paul was able to direct the member to the proper supports available and mentored them through the next stage of their career.

Above all, Paul gives his all to his community that he not only lives within, also the community he serves with honour. He is a loving husband, father, son and uncle and he works tirelessly to help everyone in his life. He has been there for me when I have been in a mental health crisis, my own mother's struggles after schizophrenic episodes and hospitalizations, and yet somehow he stays the course and doesn't look at me any differently than he had before. Sgt. Paul W. McDonald is my hero for all of that and more.