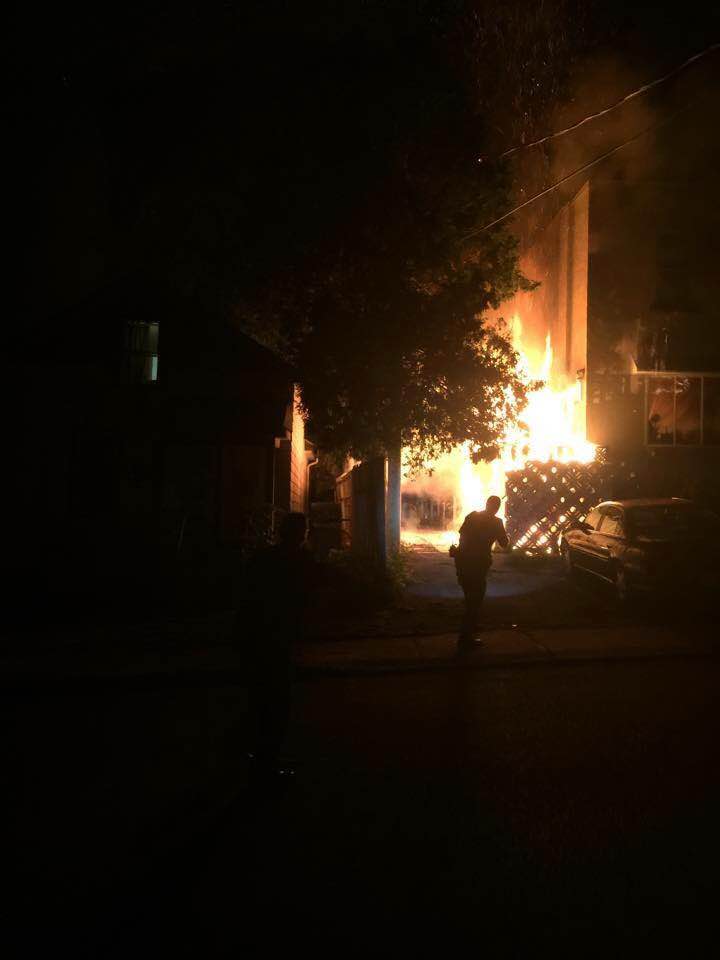 In the early morning hours of Monday August 10th, 2015 the Owen Sound Police Service as well as other local emergency services responded to multiple fires on the city's east side. Further investigation revealed that the fires had been deliberately set. Constable Patrick Rawn was the acting Sergeant for his platoon that morning and showed leadership which went far beyond the everyday duties as a police officer. - Nick Houston, Owen Sound

Constable Rawn single handedly cleared a 10-plex which had housed ten separate families. Constable Rawn ran past burning propane tanks that were ignited at the southwest corner of the building to ensure residents in the rear units had been able escape without injury. It is my opinion that if Constable Rawn had not acted as he did that morning, there would have been multiple fatalities.

After clearing the 10-plex Constable Rawn moved southbound down the avenue where he encounter a parked vehicle with flames shooting out of its gas tank. Constable Rawn acted quickly by taking a garden hose from a close residence and was able to extinguish the fire without harm to himself or any member of the public.

It was the actions of Constable Rawn that saved countless lives that morning. All three suspected in the arsons were located and arrested by police within the next few days.

Having personally been at the arson scene that morning and having seen Constable Rawn run into the burning 10-plex without hesitation to save members of the community we are sworn to protect, I nominate him for this award.

Please find attached a digital photograph of Constable Rawn before he ran past the burning propane tanks. The picture was taken by an unknown member of the public and found on social media