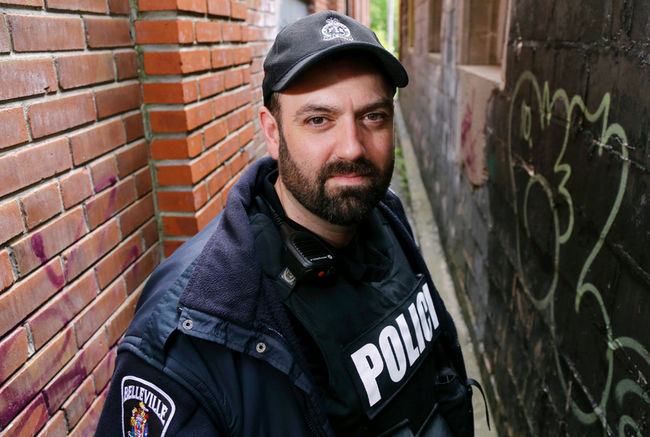 I was sexually assaulted as a child. I went through a lot and never told anyone about it. When I finally gained the courage, I definitely did not want a man to have presidency over my case. The woman who I was originally assigned to was transferred, and I wound up with Det. Cst. Jeremy Ashley.

I was scared to say the least. I don't have trust for most men in my life and telling a complete stranger my story - especially a man - was completely devastating to me. Jeremy reached out and said that he did not want to talk over the phone. On many occasions he has come to my home, where I feel safe, and had conversation with me. He told me that if I needed him, to call. No matter what time of day, so I have. He has answered my calls late at night and early in the morning. Whenever I need someone to talk to he has been there for me. He has never hesitated to talk to me until I felt better. Even if that took an hour.

He explains things to me in way that I can understand. He has been there for me though court and will continue to be even though he has changed his duties. He has stuck with me to see me through this. He has listened to me cry, get mad and all of my frustrations. He has made me smile when I have felt low. He has gone above what any person out there has done for me. He even introduced me to someone who has helped me with the emotions that battle in my head.

Jeremy is an amazing person and police officer. He didn't have to do any of this. He could have just asked me to go to the police station when needed, or to told me to call the station if I wanted to get a hold of him. This is an officer who cares. He gave me courage when I had none. Most of all I want to say that he gave me HOPE ... the biggest word I can think of ... it's a wonderful thing that you can hope that you will be able to trust again.

Jeremy - you are one of the few in this world that I do trust. With all you have done and the person you are, you will always be police hero of the year to me.