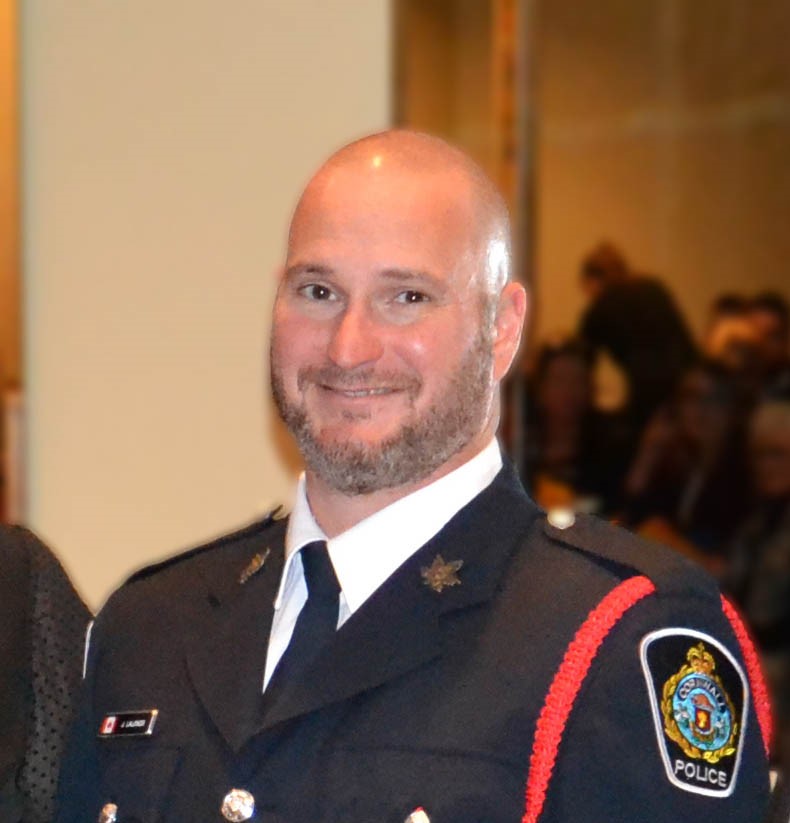 I would like to nominate Cst. Jeff Lalonde for Police Hero - Community Role Model. Not only does Jeff work as an officer for Cornwall Police Service for over 20 years, but he has shown time and time again that he is truly a part of our community. Jeff has volunteered for various agencies in Cornwall since his early teenage years. This is a tradition that he has carried on during his 20 years as an officer. Jeff not only volunteered but has also lead teams of volunteers for various community fundraisers.

Notably, for four years, Jeff organized a fundraiser for local youth competitive soccer. In those four years, the event that was named Blazers vs Tasers raised over $40,000 for the teams involved. Further, he spent time with several teams in the capacity of trainer, coach, and board member.

Since then, Jeff has continued volunteering in various capacities. Further, in 2019, Jeff was honoured with the Sovereigns’ Medal for Volunteers issued by the Governor General of Canada and was invited by city council to sign our Book Of Recognition.

Through his work as a Police Officer and in our community, Jeff has proven time and again that he is committed to the citizens of Cornwall.