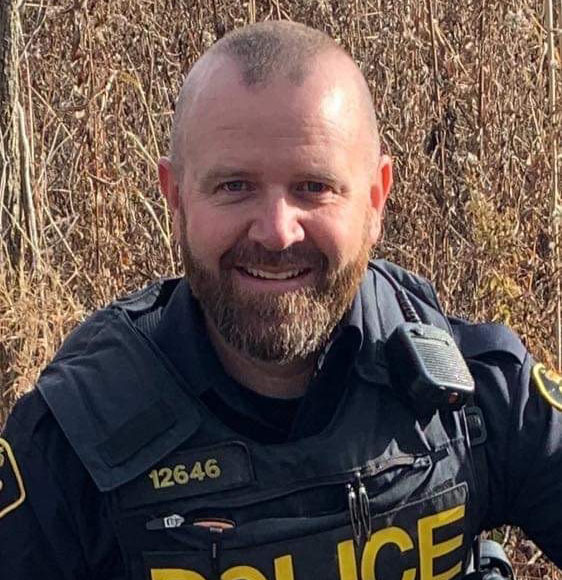 A vulnerable person left a business in Petrolia and was missing for several hours. There was a town-wide search with a few hundred volunteers. Around midnight, Jason attended an area that had already been searched, but was very thick and was divided by a river. He said he heard a faint voice and after hearing this a few times, he made his way towards the noise. He wasn’t sure if it was the missing female yelling for help, but he continued to walk toward the sounds. He walked along the river bank and after a few minutes, he located the female sitting on the bank of the river in the mud. She was brought to safety and was in perfect health. She may have spent the night on the river bank if Jay hadn’t gone back to the area and heard her cries for help.

Another time at around 2:00 am, Jay received a call on the St. Clair river for someone yelling for help. Jay and his partner ran into the backyard and went down the long dock on the property. When he got to the end, he could see a male clinging to a cluster of dock piles too far away from the dock to throw a rope. Jay jumped into the water and swam out to the male, tying a line around him so he could be pulled to safety. Jay had to swim to the next dock to get himself and a civilian who assisted out of the water. It was early spring and the water was about 15 feet deep. The male said his boat hit something and he was thrown out and he was wearing a life jacket. He was treated for hypothermia.

I have heard many stories of Constable Doran going above and beyond on and off the job. One time on his way out to spend his day off fishing with family and friends, they came upon a vehicle stopped alongside the road with someone in distress. Constable Doran stopped his vehicle to assist and perform CPR in an attempt to save one of the occupants.

There are other stories. While working a night shift, he spotted a garage door open and could see expensive tools in clear sight. He knocked on the door and an elderly man answered. He was so grateful that Officer Doran informed him of the door being open and said "My wife died last week and I'm not really with it. It's just me and my dog here now." This was just before Christmas and the next week, Officer Doran anonymously left gifts on the doorstep for him and his dog. He has since sopped to visit and have coffee with this lonely widower.

Needless to say, I'm proud to know this young officer Jason Doran and feel he deserves to be recognized for his outstanding work on and off the job. Thank you for your service, Constable Doran! God be with you!