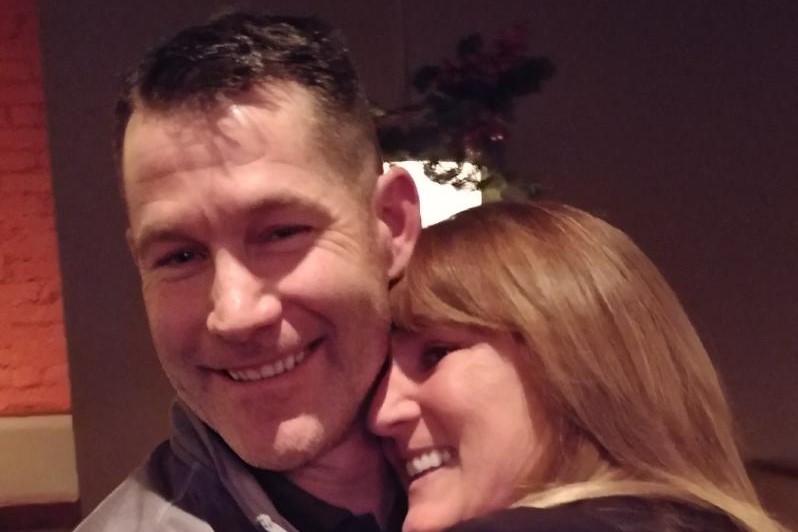 A hero is unique to the individual who benefited from a person's kindness, generosity, integrity, professionalism, quick action, patience or gentle spirit in a time of crisis or need. While I can't speak for all, Ian Maxwell is my definition of a hero, in every sense of the word and meaning.

It was over Christmas when Ian decided to take a shift as an acting sergeant so that his colleagues and friends could spend time with their families - a humble and selfless act on its own. He was on the road when a call came through that would change his life forever.

A 911 call came in for assistance to a home where a stabbing had taken place. Ian attended the scene, with several other officers. The accused on scene was arrested after taking the life of his father. Ian was clearing the house when he happened upon what he thought was a second body but after close observation, he realized the second victim was still breathing but had sustained significant injuries.

Ian's intuition kicked in (because I don't ever remember this part in the mandatory first aid training) and - with his firearm still drawn - he placed his hand into the gaping wound on the victims neck, pinching her carotid artery closed. It worked, the bleeding slowed. He holstered his firearm and continued to pinch the artery closed until the paramedics arrived. Miraculously, this second victim - a mother of two children survived - because of Ian's quick thinking and selfless response.

I had the greatest professional gift of my life when I introduced Ian to Lynn (the woman he saved that night) and her children for the first time after being released from the hospital. There are no words to explain the feeling in the room that day or the instant bond that was created that will last a lifetime.

Ian has been present and supportive for all Lynn's surgeries. He was there for the funeral of her partner and for exhausting court appearances. He hasn't defined himself by his badge or his uniform, he sees Lynn as more than a "victim". Each year, Ian is an advocate and volunteer of a blood drive in memory of Lynn's partner. Ian's professionalism didn't stop when the call ended. He has been a constant angel in Lynn's life, never backing down from a difficult question or a gentle hug.

Now you could say that I am biased because I work with Ian and that I am proud to call him my friend, but when Lynn found out that I was nominating him for this award, she also wanted to tell you how she feels...

"Ian Maxwell is my hero. I call him my Superman, my lifesaver. Not only did he save my life one horrific night, but he has been a part of it ever since. Ian far exceeded his normal duties by ensuring the safety of myself and my family, installing security equipment at my home on his own time and at his own cost, and stopping by, calling, or texting to say hello. He promised me a caramel sundae when I could finally eat and he is a man of his word... one hot day after the many surgeries, he treated me to the best sundae of my life!! There are countless other little things that are so monumental to me that Ian does just out of the goodness of his heart. I could never repay him or his family for all they have done for me and continue to do, but I am forever grateful and blessed to see every beautiful sunrise and sunset and every amazing thing in between, all because of my hero, Ian Maxwell." -- Lynn aka Lois

This is why heroes do what they do...to make the lives of others a little bit better, more hopeful, more optimistic, more grateful. Ian Maxwell will forever be a hero in the eyes of myself, the woman and the family who he saved that night.