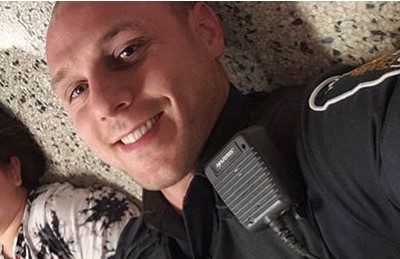 When it comes to "Hero of the Year", I can only think of my son Evan Harrison. When Evan became a Police Officer, I was worried, but I soon realized that this is what he is born to do. Since 2012, Evan has grown into the type of person that this world needs more of. When Evan became a School Safety Officer, I soon became aware that his heart was made to help others.

Evan teaches many students the important issues that we face in our everyday lives, and does so with so much passion and love. Evan is extremely passionate in engaging with everyone in the community.

Specifically, Evan teaches in elementary schools, and earlier in the year he contacted me with a situation. Evan was upset that children who are ill and admitted to the hospital were unable to have the same interaction with police as those students who are in school daily. Because of this, Evan reached out to the Children's Hospital in London and is in the process of developing a program for police to meet with children who are ill and admitted to hospital.

When I heard this, my heart was not only filled as a mother, but I felt as though the city of London was very LUCKY to have Evan as a Community Officer. I know that Evan puts everything he has into his work - it clearly shows - and for that, he is my nomination for Hero of the Year.