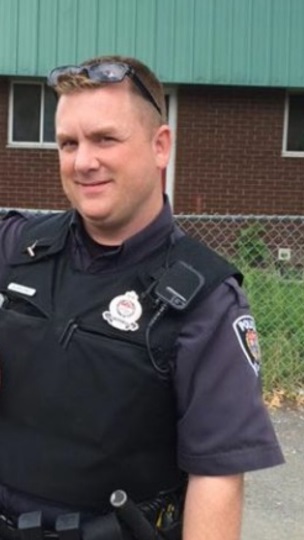 Shortly after 11am on April 29,2016, Constable Shawn Arcand responded to a call involving an unconscious male. The only update available was that the male was vital signs absent and that CPR was in progress by a family member. When Constable Arcand arrived on scene, he found a 19yr old female performing CPR on her 22yr old brother. It was then he learned that the male had smoked part of a Fentanyl patch and was non responsive due to overdose. Constable Arcand took over chest compressions while waiting for the ambulance to arrive. After several minutes, he got a pulse. Paramedics and firefighters arrived a short time after. The male was then able to stand and speak and was taken to hospital as a precaution.

Constable Arcand visited the male's family a few months later to check on how he was doing. They advised him their son was back in treatment for his addiction and is doing well.

If you talk to Constable Arcand about this day, to him it was a day like any other. He reported for duty with the intention to serve and protect his community. That day, not only did he do his job, he also saved a life. Officers don't get enough recognition for their selfless acts of bravery. Constable Arcand, you are a true hero. Thank you for all you do. It is an honor to work with you.