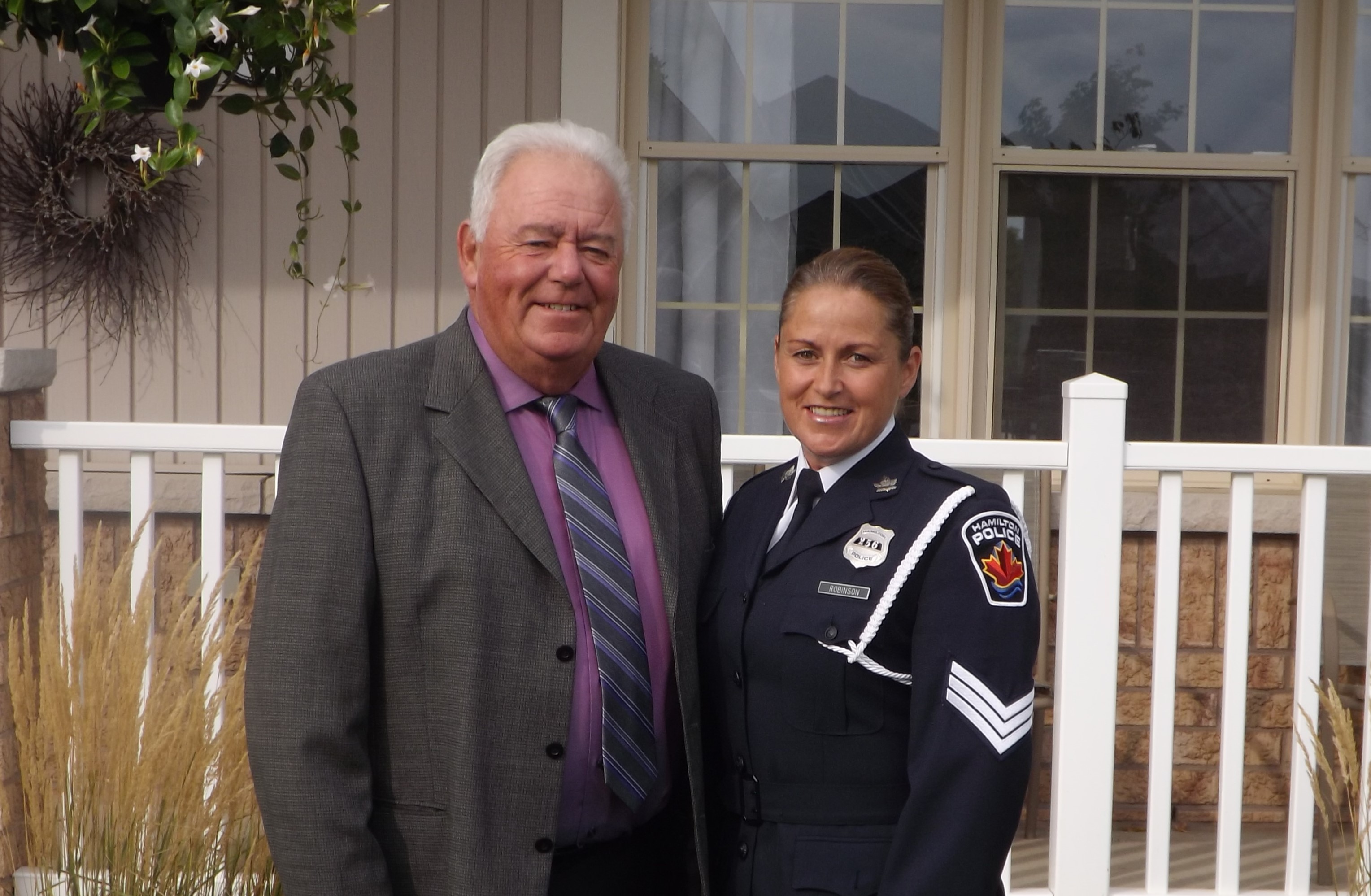 I am nominating my daughter Charlene as hero of the year. She has been an officer for 22 years. I was a police officer for thirty years and have been retired for twelve years. I was very proud when she was hired in Hamilton, but questioned her choice of a large city - regardless, she has risen to the challenges. She has received a well earned promotion to sergeant, and she was a team leader for criminal investigations on her shift for two years. I'm certain that she has been involved with the worst of the worst.

At present, she is a shift supervisor of a uniform patrol, and I am certain there are days that are depressing to say the least. Charlene, in spite of the pressures of the job, has seen her way clearly to be involved with the community she lives in by coaching and a being a trainer for the Brantford hockey association. She has traveled abroad to work with the Canadian under eighteen girls hockey team, and for these tenures she has forfeited her annual leave to assist the program. For the above stated reasons, I feel Charlene deserves Hero of the Year as she is my hero.