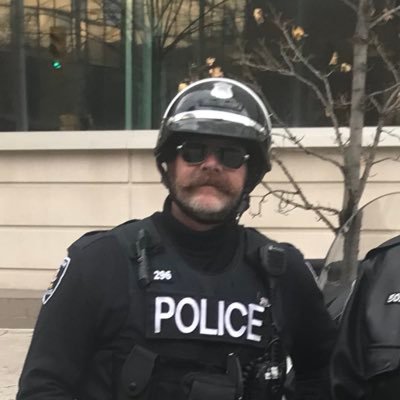 On Thursday, January 24, 2019, I was contacted by District Chief EMS Bezaire regarding her response to WFCU for a male party who was unresponsive. On her arrival, she was met by Cst. McKenzie. Cst. McKenzie had completed his contract duty and while leaving WFCU, he observed a female party along the roadway who appeared to be under distress.

The female was outside of her vehicle performing CPR on a male party that was positioned near a vehicle. The male party was her father who had become unresponsive while they were leaving the game. Cst. McKenzie immediately exited his vehicle and, without hesitation, began to perform CPR on the male party.

A civilian, identified as Rivard, also attended Officer McKenzie's location to offer assistance. Due to the heavy traffic flow leaving the parking lot, Rivard went out to the roadway to flag down the EMS so that there was no delay to have them attend the scene. When EMS arrived several minutes later, they continued CPR and were required to use the defibrillator on the male party 3 times. The male party was transported to Windsor Regional Hospital where medical intervention continued.

I subsequently attended the scene and spoke to Deputy Chief EMS Bezaire further regarding Cst. McKenzie's involvement. She indicated that without his assistance and quick reaction to help this male party without any hesitation, the male would not have survived. Prior to leaving the hospital, I was advised by the medical staff that the male party was stable and subsequently moved to ICU. Family members were present at this time.

I contacted Officer McKenzie and spoke to him regarding his actions, and also to check on his well-being after being involved with this occurrence. Subsequently, Deputy Chief EMS Bezaire forwarded me a copy of her report and a recommendation for life saving recognition.