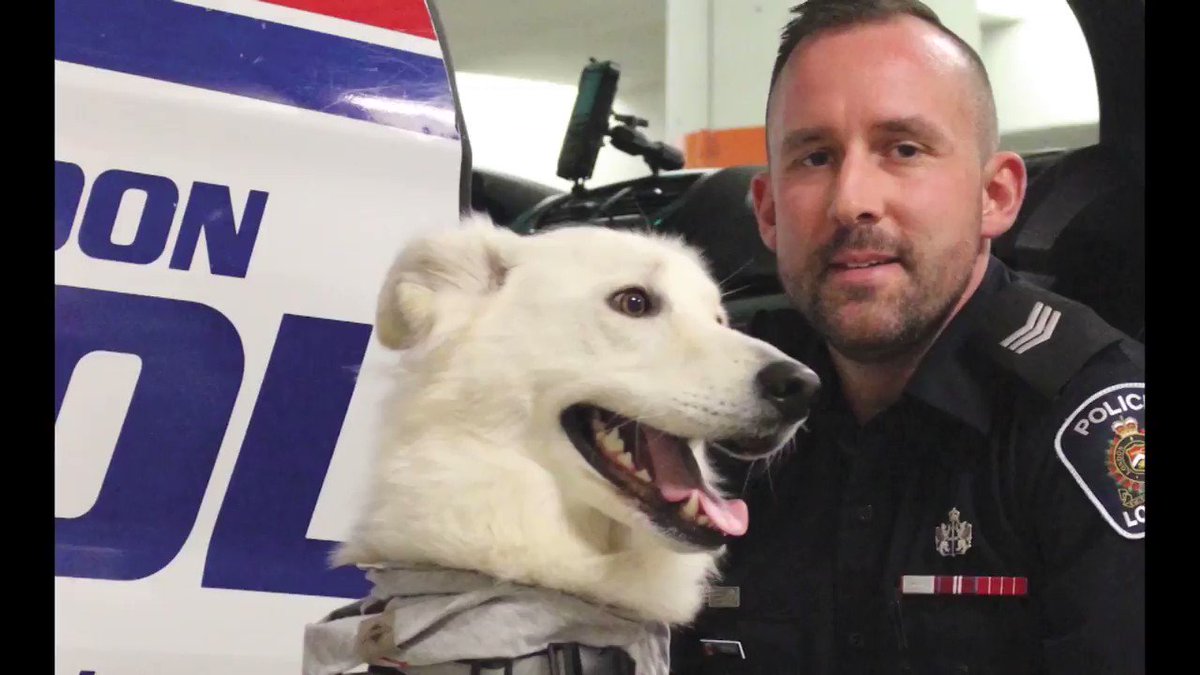 Andrew Gough C.D. is both a member of the London Police Service and a military reservist. Shortly after his return from his operational tour, Mr. Gough was diagnosed with Post Traumatic Stress Disorder (PTSD) or an Operational Stress Injury (OSI). Andrew quickly turned his injury into advocacy for mental health, championing several initiatives aimed at adjusting attitudes toward those with mental health illness, disorders or injuries.

He holds the rank of Sergeant with his police service and has recently commissioned to Lieutenant within the Canadian Armed Forces. He has been serving concurrently for nearly 20 years. Mr. Gough is currently seconded as an Instructor at the Ontario Police College and is the Platoon Commander for the 31st Military Police Platoon in London, Ontario. He is a recent recipient on the Sacrifice Medal for injuries sustained by hostile action/act of terrorism while deployed in Tripoli, Libya during Operation LOBE in 2014. A Sergeant at the time, Mr. Gough was played an integral role in the evacuation of the Canadian Embassy in Tripoli in 2014.

The greatest impact Mr. Gough has been able to have, surrounds his ability to show those within both the police and military professions, that living with PTSD/OSI does not have to follow the path previously travelled. Mr. Gough sets a professional example for both vocations, wearing his experiences on his sleeve and is open in discussing his injury, while providing education and support to others.

In late 2017, Mr. Gough, acquired Service Dog (SD) Riggs (@opc_riggs) to assist him in his mental health journey, both at home and work. After “coming out” about his PTSD to his employer and obtaining his SD Riggs, Mr. Gough continued to work in an operational capacity, eventually securing a position at the Ontario Police College as an Instructor. It was here where he turned his injury into advocacy.

In January of 2019, both the Windsor Star and London Free Press featured both Sgt Gough and SD Riggs in their series “Exit Wounds”. This was the first public acknowledgement Mr. Gough made regarding his injury; appearing in his police uniform on mass media. Sgt Gough was very candid and open about his experiences, receiving national attention for his contributions in relieving stigma surrounding mental health. https://windsorstar.com/feature/exit-wounds-in-depth-mans-best-friend-aids-ailing-police-officer

Also in January of 2019, Sgt Andrew Gough participated in a campaign aimed at reducing the stigma surrounding mental health and those within emergency services. This initiative was titled, “Stronger Than You Know”. During this campaign, Sgt. Gough speaks very candid and with emotion regarding his battle and journey with PTSD. This campaign was originally destined only for internal distribution within the London Police Service. The impact was so great, Sgt Gough pushed for and agreed to allowing the Police Service to widely distribute the video for “Bell Let’s Talk Day” on January 30th, 2019. https://twitter.com/lpsmediaoffice/status/1090599879674449923?lang=en

This initiative saw Sgt Gough nominated for the Canadian Mental Health Association Middlesex (CMHA), Mental Health Campion for 2019. The award is presented to a member of the community who challenges stigma surrounding mental health. In May of 2019, Sgt Gough was awarded the CMHA Middlesex “Champion of Mental Health” for his work and willingness to share his story of injury and recovery as an emergency services member. https://lfpress.com/news/local-news/london-ahead-of-the-curve-in-mental-health-care https://www.cbc.ca/player/play/1519064131961
https://www.cbc.ca/listen/live-radio/1-158-london-morning/clip/15696857-mental-health-champion

Sgt Gough has participated in several fundraisers for service dogs but most recently, organized a special event fundraiser for Searchlight Service Dogs, “Comedy – It’s for the Dogs” November 16, 2019 in London. Recognizing that the cost is highly prohibitive for most who need the support of a service dog and acknowledging his blessing of financial support when he needed it the most, Sgt Gough aimed to pay it forward to others. https://london.ctvnews.ca/london-comedy-night-to-raise-funds-for-service-dogs-1.4669757 https://youtu.be/Y5JmzIIZWGA

Most impactful is how Sgt Gough lives his life every day – in his dedication of elevating the profile of mental health awareness and destigmatizing common myths. Through his brave personal story telling and commitment towards the “Stronger than you know” campaign, London Police Services personnel are inspired to step forward and seek help.

As a seconded instructor at the Ontario Police College, Sgt Gough speaks openly to new recruits in his classes about having an operational stress injury, helping to fight stigma at an early point in their careers. His willingness to share his story with colleagues, new police officers and the public has done much to help reduce the stigma associated with mental health.

Sergeant Gough leads by example that goes well beyond his employment and into volunteering in the community. His significant contributions are changing the direction and the way we think about mental health. He is an inspiration to everyone he meets both inside and outside of the London Police Service.